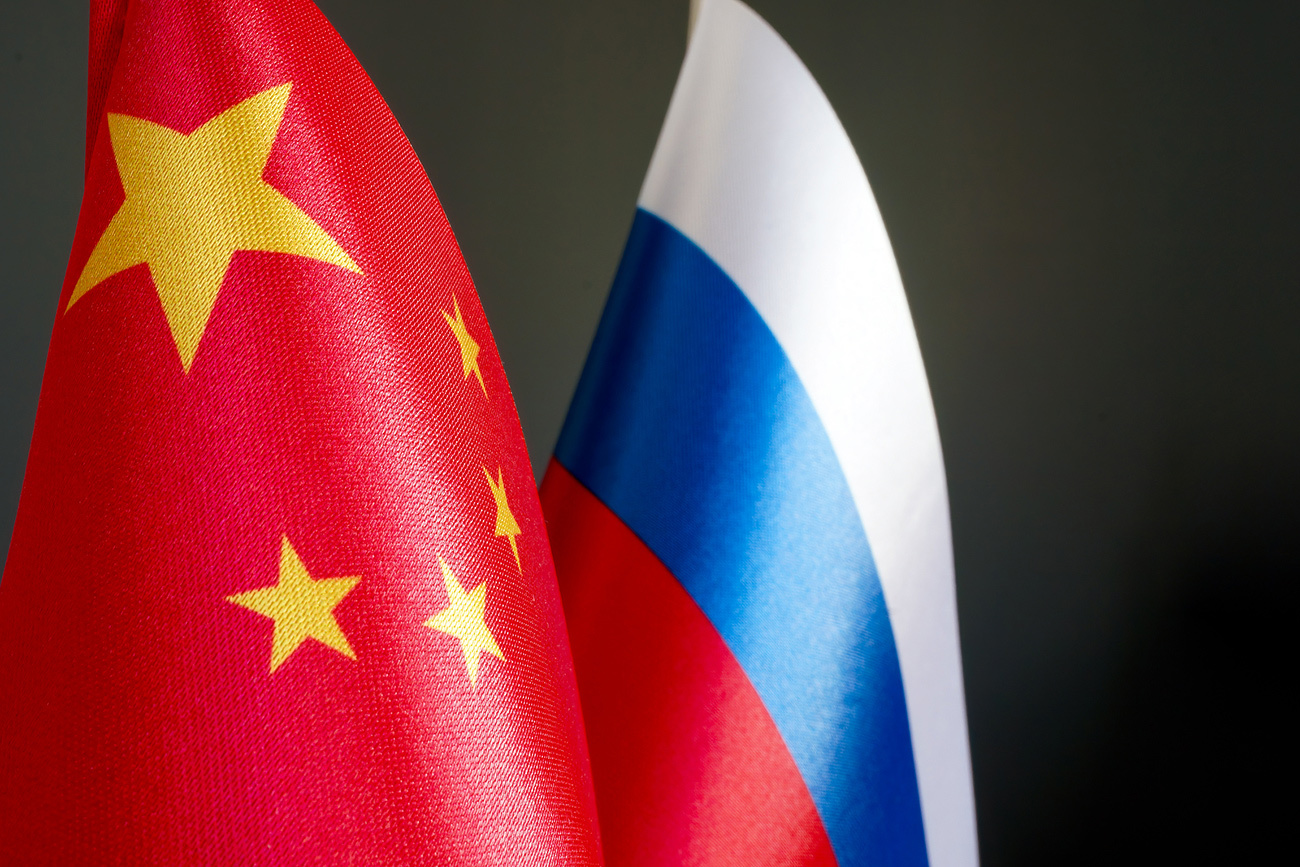 The unprecedented sanctions imposed on Russia in the wake of its invasion of Ukraine will devastate its economy, but the extent of the severity partially depends on China and how much economic aid it is prepared to extend. In the short term, surging commodity prices will undoubtedly boost Moscow’s hard currency reserves and mitigate the enormous cost of waging full-scale war against Ukraine. As a result, Western sanctions, while draconian, have not yet pushed Russia into the economic abyss. Meanwhile, China has voiced sharp opposition to Western sanctions on Russia or any other unilateral sanctions for that matter (China Daily, March 25). For example, at a recent press conference, People’s Republic of China (PRC) Foreign Ministry spokesperson Wang Wenbin averred that “escalating unilateral sanctions will fracture the global industrial and supply chains and hurt the livelihood of people of all countries, who should by no means be made to bear the brunt of geopolitical conflicts and major-country rivalry” (FMPRC, March 21). However, China has also provided clear indicators that it will comply with measures imposed by the West, or at least, where sanctions are concerned, with the letter of the law. For example, China’s major commercial banks have announced they will stop issuing letters of credit to Russian counterparts (The Standard, February 28). The Asian Infrastructure and Investment Bank (AIIB), a multilateral development financing institution launched by China and based in Beijing, has stopped its lending to Russia and Belarus (AIIB, March 3; South China Morning Post, March 3). In the same vein, Chinese manufacturers are no longer providing parts and components to the Russian aircraft industry (Reuters, March 10).

The swift adherence to Western sanctions, even if underreported in the Chinese media, also parallels a very different push by Beijing, which is to create a wedge between the “letter of the law” and the “spirit of the law” on international sanctions. Almost immediately after Russia started its invasion of Ukraine, China announced that it would lift limits on Russian wheat imports due to phytosanitary reasons, as part of the agreements reached between President Putin and Xi on February 4 in Beijing (PRC Customs Administration, February 23). In addition, the PRC ambassador in Moscow has exhorted Chinese entrepreneurs to contribute to the best of their ability to sustaining the Russian economy (TASS, March 25).

All in all, Beijing seems to be following a two-pronged response to the War in Ukraine, ensuring that its financial institutions generally adhere to international sanctions, while still supporting the Russian economy as it struggles under the heavy weight of Western sanctions. Against this backdrop, considerable uncertainty remains as to how ready China really is to offer immediate, but also relevant enough support to the beleaguered Russian economy. But if we assume that this is China’s objective, the real question that needs answering is, how much can Beijing really help?

In reality, Russia cannot rely on China to buy up all of the fossil fuel exports that it can no longer sell to the West, especially gas, as the physical infrastructure linking westward pipelines with those heading east to China is non-existent. As for financial sanctions, China’s financial infrastructure, namely China’s international payment system (CIPS), is not an immediate solution either, for a very simple reason: it uses the same global messaging system as the cross-border payment system used globally, namely the Clearing House Interbank Payments System (CHIPS) (NUS, March 4). In fact, CIPS relies on the Society for Worldwide Interbank Financial Telecommunication (SWIFT) network to conduct international transactions, which Russian institutions have been excluded from, due to Western sanctions (Sina, February 28). Furthermore, even if China were ready to dump SWIFT in favor of its own messaging system, CIPS is not liquid enough to provide a clear alternative to the CHIPS, at least not just yet.

In the same vein, China’s digital yuan does not yet offer cross-border transactions of any relevance, nor does Russia have a formal agreement to accept circulation and settlement of China’s digital currency. This situation, however, hardly reflects lack of forethought on Russia’s part. A wide circulation of RMB (or E- RMB for that matter) in Russia, would only complicate life for the Russian Central Bank. Demand for the ruble is currently very weak, while demand for hard currency remains very strong, so much so that the Central Bank has barred brokers from selling euros, dollars, or other foreign currencies in exchange for rubles for at least six months  (The Moscow Times, March 9). Facilitating digital yuan circulation would put additional downward pressure on the ruble as Russians would inevitably turn to it as an alternative store of value. This is clearly not what the Russian Central Bank would consider a positive outcome, especially after having hiked rates aggressively to support a plummeting ruble. Beyond the short term, having a parallel currency in circulation, which is not even convertible, as is the case of the RMB, should not be very appealing for Russia.

One major tangible way that Beijing could render assistance to Moscow is through the $90 billion worth of yuan that Russia has sitting on the People’s Bank of China’s (PBOC) balance sheet (Nikkei Asia, March 14). Unfortunately for Moscow though, Russia can only use these yuan to pay for Chinese exports into Russia, but not to pay for goods imported from elsewhere or to meet debt obligations in hard (convertible) currencies. If the PBOC decided to convert Russia’s yuan reserves into hard currency that would clearly help Russia navigate the current impasse, but the reputational cost of potentially breaching Western sanctions is a huge risk for the PBOC, and therefore makes such a move improbable.

Over time, China will be able to more concretely, support the Russian economy as new pipelines are built to redirect gas previously routed to Europe to China, and as China’s international payment system develops into a credible alternative to CHIPS. Such developments would clearly be more beneficial to China than they would be for Russia. China would be able to strengthen its energy security by becoming Russia’s largest, if not its only, importer of oil and gas. Secondly, progress in yuan internationalization would accelerate without Beijing having to give up capital controls. In essence, China has an economic incentive to support Russia as long as it does not fall afoul of Western sanctions.

For Russia, however, strong dependence on the Chinese economy and its financial system is suboptimal compared to remaining a part of the global economy and maintaining a convertible ruble as its currency. As for Beijing, the upside of having Russia shift further away from the West and becoming much more dependent on China is not the whole story. In fact, it needs to be juxtaposed against a risk that China has clearly underestimated, namely becoming the target of similar sanctions to those presently being heaped on Russia (China Brief, March 25).

Beyond the risk of sanctions, the voluntary withdrawal of much of the international private sector from Russia cannot be ignored. About 500 multinationals have left Russia since the invasion of Ukraine started. China is likely closely watching these developments with considerable concern. For a long time, the Chinese economy was simply too big to be ignored, and Beijing’s attempts to punish countries such as Australia or Lithuania for their actions deemed counter to China’s interests, have not resulted in retaliation from other Western nations nor engendered explicit responses from Western investors (China Brief, January 28; November 19, 2021) . The War in Ukraine, however, demonstrates that in response to a grave enough event, Western companies may actually retaliate or, at least, vote with their feet. These private actions are probably as important dissuasive tools as sanctions for China given its very large stock of foreign direct investment, and the international business community’s key role in fostering exports, employment, and productivity. Still, the Chinese leadership could calculate that China is not Russia, as its economy is at least ten times bigger. The potential losses that the West would need to incur to impose a similar level of sanctions on China are simply enormous, let alone the costs incurred by foreign companies that voluntarily opt to leave China.

Chinese leaders face a difficult call in balancing the long-term gains of aligning with Russia with those of sustaining unrestrained access to Western economies. Deepening alignment with Russia has the advantage of ensuring energy security and military cooperation. It also helps maintain China’s most consequential strategic partnership in its quest to change the global order.  Abandoning or downgrading that partnership to move closer to  the West, or at least strict neutrality, reduces the risk of potential sanctions on China or even Western companies’ withdrawal from China, but has many other drawbacks. To start, should Beijing jettison its partnership with Moscow, this would heighten the risk that Vladimir Putin, faced with a loss of his main source international support, is ousted from power.  The specter of a democratic Russia aligned with the West is probably a more serious concern for Beijing than what it risks losing by supporting Russia, which is exactly why China has arrived at its contorted position on the current military conflict in Ukraine.

*Alicia García Herrero is a Senior Research Fellow at Bruegel and Adjunct Professor at Hong Kong University of Science and Technology She is also Chief Economist for Asia Pacific at NATIXIS and a non-resident fellow at the East Asia Institute of the National University of Singapore. This opinion column is republished from the Jamestown Foundation, a Washington-DC based policy think tank, with author permission.