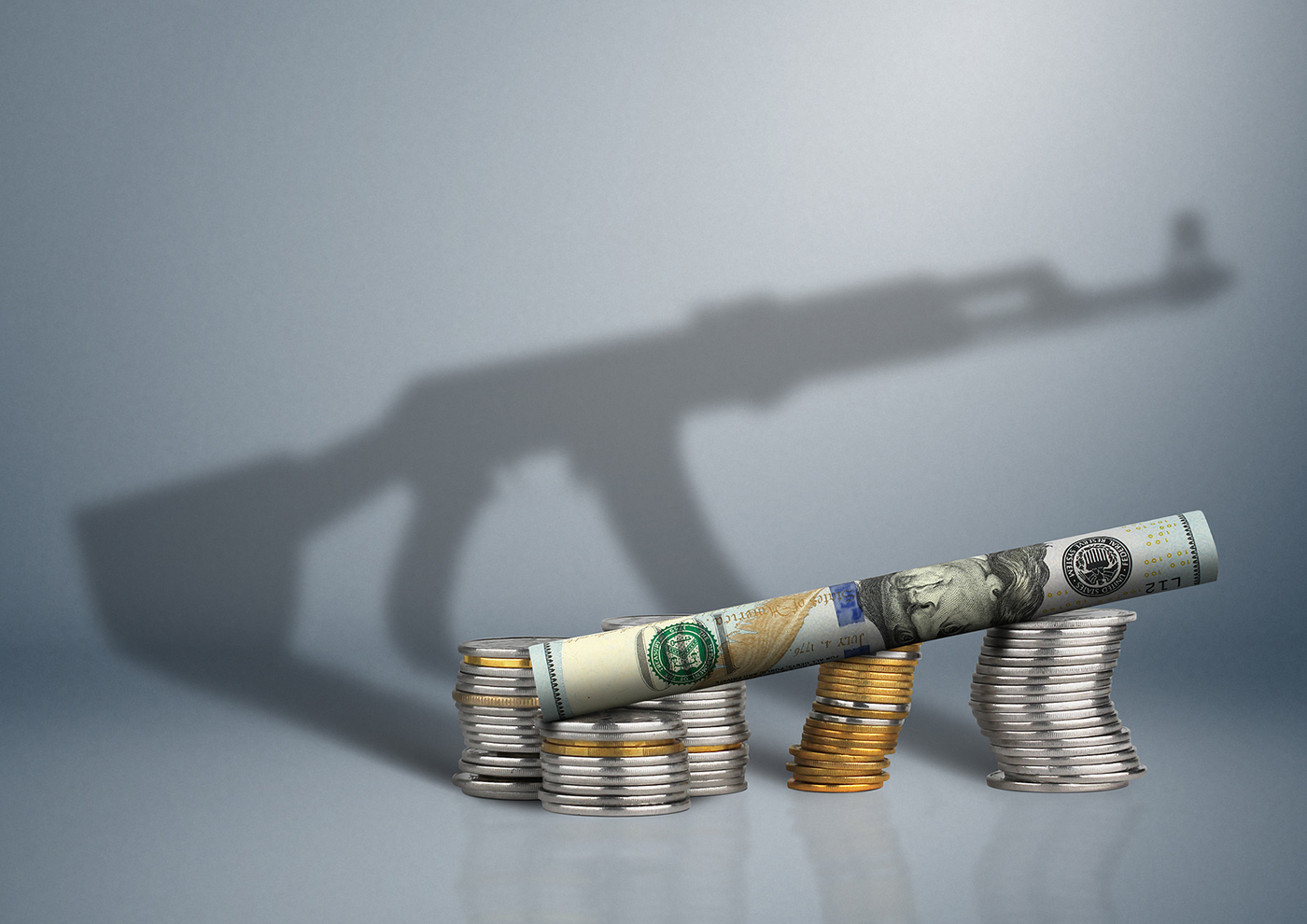 The war in Ukraine has brought an end to a 60-year period in which Europe has enjoyed a peace dividend, an amount released by reducing defence expenditure to be invested in beneficial economic activities. But it is not only the loss of this peace dividend that is regrettable; with it comes a reordering of priorities and greater precarity in the world order.

Military expenditure as a percentage of GDP declined steadily across most of the world in most of the past 60 years. Whereas European Union countries were on average spending just below 4% of their GDP on military related expenditures in 1960, by 2020 this was just over 1.5% (Figure 1). Since 2015, spending has plateaued at this level.

In the last few years, however, military expenditure in the EU and other parts of the world has started increasing again, and will no doubt increase more. Based on the assumption that military expenditure will increase by 1% from today’s level and stabilise there, this would amount to an additional €140 billion that the EU would need to find every year.

What is the opportunity cost of this peace dividend? What other activities might the EU have to put on hold in order to finance that?

The European Commission estimates that the EU will require an additional €175 billion to €290 billion per year in investment to become climate neutral by 2050. Over 30 years, the peace dividend amounts to €4,200 billion, which is equivalent to the cost of decarbonising all buildings in the EU.

As the war in Ukraine continues, a number studies are emerging on the cost of reconstruction and, importantly, the role of the international community in this effort. A recent report argues that, based on just over a month of war, the cost of reconstruction will be between €200 billion and €500 billion depending on its duration. If one allows for how much Russia has cost Ukraine not just in the current war, but also since 2014, and possibly what it will cost in the future, then the bill increases to $1,360 billion. The EU will have a major role to play in this regard.

On the other hand, maybe a more centralised effort to provide for security in the EU will lead to efficiency gains. The European Commission has made this argument, on the basis that European defence currently duplicates resources and has fragmented markets that fail to exploit economies of scale. A study by the European Parliament estimates those gains at €26 billion per year, but also notes that if the EU were to have a single defence system like the US, these gains would be significantly greater.

Importantly, the war in Ukraine has sparked a renewed demand for a greater EU role when it comes to security. In a survey carried out just before the war, when asked, “If Russia were to invade Ukraine, who should come to her defence”, respondents unequivocally designated NATO and the EU as the appropriate defenders – remarkably, in my view, with almost equal support of about 60%. And it is remarkable because while collective defence had always been the unique principle that binds NATO members together, the EU was by contrast a peace project aiming primarily to promote economic cooperation.

The EU does have a mutual defence clause (Article 42.7 TEU) but there is no substantive funding base for it. The European Defence Fund, the European Commission’s attempt to resolve some of Europe’s inefficiencies, amounts to €8 billion for the period between 2021-2027 and pales by comparison to national defence funds. Germany’s annual defence budget, for example, is in excess of $50 billion, Greece’s is in excess of $5 billion (SIPRI data). In any case the purpose of the fund is more to do with research and development, not with creating and sustaining a common defence capacity.

But the case for a common European defence capacity cannot be based on economic grounds alone. First a case has to be established for greater foreign policy coordination. This in turn is tightly linked to issues of sovereignty and national identity. It is difficult to think of a common defence capacity without touching on issues that go beyond the EU’s current architecture.

Repurposing the peace dividend regrettably requires redefining priorities, but it can be done. What is lamentable is the implied loss of peace.