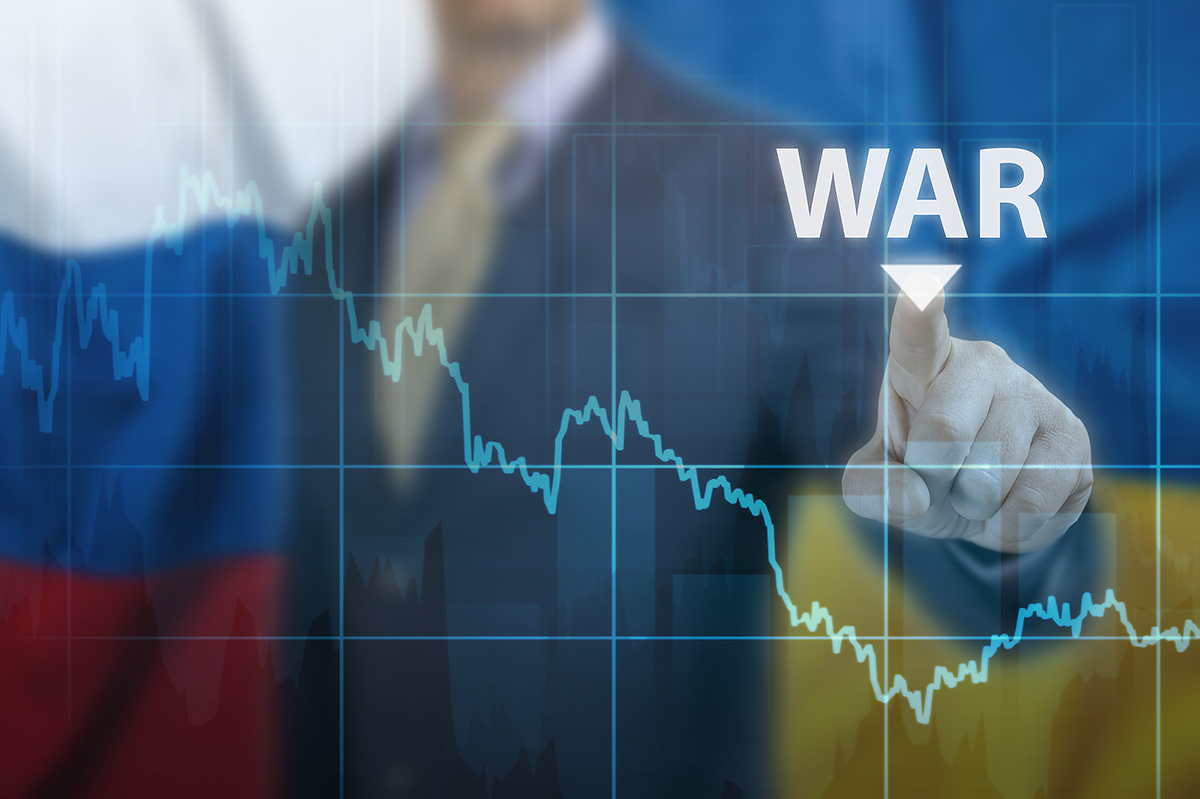 The war in Ukraine and the sanctions, will have profound effects on the Russian economy itself, will cause a geopolitical shift, and will certainly have serious macroeconomic implications for the European Union and the world economy at large. Dealing with the aftermath will be a long and arduous process one that will end in  a vastly different world order than the one we Know. In this article we discuss the macroeconomic implications of the war and what it means for policy.

Europe is perhaps too cosy in its largesse, its  relative abundance, its sophisticated economy  and democratic institutions. Yet, history repeats or rhymes, but you never know which part. Russia for example has been on one side of the clash in all European wars. It has a difficult terrain to defend, long borderlines and flat lands, a nightmare for military strategists. Its sense of security is idiosyncratic, and it is difficult to understand it, let alone operate with it. The sanctions are severe and intended to cut Russia out of the western world, and out of the dollar system. But Europe has its own demons to face. It is a union with demonstrable solidarity, with flexibility and adaptability in the face of adversity. But deep down there are serious divisions in its ranks, between north and south, and east and west. Like Covid before, the Ukraine war provides another test of how it can stick together not only economically but militarily as well this time.

The Ukraine war and sanctions are a supply shock, one that comes on top of inflationary pressures that were already there, from the Covid pandemic. The ‘normal’ or the ‘new normal’, terms coined in the midst of the pandemic, are no longer relevant at least in the senses that were before this war. Europe needs a new set of policies, to fit its new macroeconomic predicament; a new energy security structure that decouples from Russia if that is the objective; a defense system that supports its drive for strategic autonomy; and an economic architecture that advances integration and keeps the unity of member states at the same time. It is a tall order and the road ahead will be bumpier than we thought only a month ago.

The sanctions will damage the Russian economy no doubt, perhaps more in the long-term than in the short. For now, Russia suffers restrictions on imports from the west, asset freezes for its oligarchs and central bank reserves, but still sells its commodities and oil and gas, at higher prices, still generates current account surpluses, and even if it defaults on its foreign debts, it will not be its problem. But in the long-term, the lack of technology imports and other vital equipment will slow its economic advance. Russia will need to restructure its economy and re-orient it from west to east.

Hence now, Russia has every reason to deepen its strategic alliance with China, and China has every reason to embrace the same. Russia’s pivot eastwards is not a new phenomenon that is borne out of the isolation of sanctions. It is long rooted and dates back perhaps to the years immediately after the global financial crisis of 2008. Russia has no illusions about its place in the western system. It is not part of a European security order and turning eastward was a necessity. So, Russia helped China in a number of fields of energy, the military and naval power.  In return Russia received financing and technology. China has many reasons to ally with Russia this time. An alliance secures their common borders and opens to China the vast natural resources of Russia.

There will of course be macroeconomic implications for Europe and the world. As we noted already, war and sanctions are a major supply shock, disrupting supply chains and causing severe shortages in agricultural commodities, and metals. Energy prices have risen, and energy markets remain tight with prices likely to stay higher for longer. As a result, inflation pressures that were building from before the war, have escalated. More weary central banks have started to raise interest rates. The Bank of England raised its policy rates three times in the first quarter, to 0.75%. In the US, the Federal Reserve raised interest rates by 0.25 at its last policy meeting in mid-March. The ECB did not, at their March meeting but indicated that quantitative easing will likely end sooner rather than later, and that interest rates may start to rise earlier than anticipated.

How monetary authorities respond to inflation depends on the nature of it. If a supply shock is temporary and inflation pressures will dissipate in a foreseeable future, the monetary authorities need not react. Central banks need to react to second round effects, if higher costs feed into higher prices, and if wages start to rise in excess of productivity gains.

There is, hence, a policy dilemma for the ECB. Raising interest rates to contain inflation would be adding to uncertainty and negatively impacting growth. But it is not just about growth. Raising interest rates unhinges the fragilities of the eurozone. Monetary policy has been excessively expansionary for a long period and has thus created an inflation bias. The ECB’s nightmare is the prospect of fragmentation of sovereign bond markets and rising spreads when it starts to tighten. To prevent fragmentation the ECB will need more discretion with asset purchases. The ECB will find that it will need to tolerate higher inflation for longer before raising interest rates.

The crisis has an important fiscal dimension also. Additional fiscal expenditures will be needed, and some will be permanent and recurring. European countries will be increasing their annual defense expenditures and will also have to invest in energy infrastructure to decouple from Russian dependence. Germany for example has already announced the construction of two LNG import terminals for the importation of LNG from exporters other than Russia. These additional expenditures will come on top of added expenditures for the green transition and will be significant. The fiscal dilemma is about funding this additional spending whilst maintaining fiscal sustainability in the long run. Solutions will need to come from a combination of things. Some debt finance, some higher taxation, some EU level spending and some national. The war is an asymmetric shock and some countries will be affected more severely than others

The war in Ukraine is a watershed event with consequences that will be multifaceted and long lasting. These consequences will be both economic and geopolitical. This time around the EU will have to rely more on fiscal policy tools and tread very carefully with monetary policy. Longer term, Europe will have to rethink not only defense and energy security, but also its fiscal architecture, the resilience of its member states, and what is termed strategic autonomy. It will take a lot of money and a lot of ingenuity.

*Ioannis Tirkides is Economic Research Manager at Bank of Cyprus and President of the Cyprus Economic Society. Views expressed are personal.