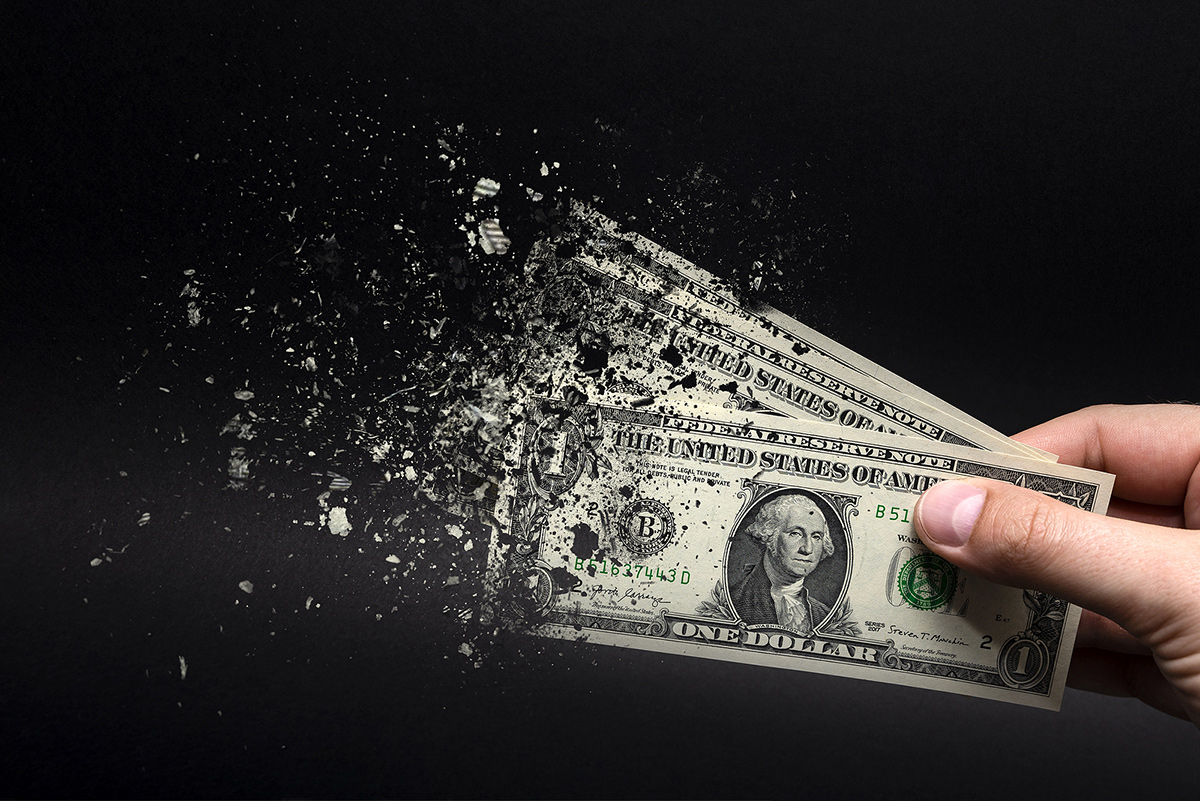 In the 2020 revision of monetary policy strategy, the US Federal Reserve adjusted the pursuit of an inflation rate at 2 percent, to inflation that ‘averages 2 percent over time’.

Many worry that using average inflation over time in order to decide on policy for the future is problematic.

The first and obvious issue is the length of the period across which policymakers average out inflation.

The average US inflation rate of the past 25 years is 1.8%. The two straight lines across the graph above show a different average for the two halves of the past quarter century: across the first half inflation is closer to 2% and in the second, it is closer to 1.5%. Inflation averaged 1.2% in 2020 but 3.9% in 2021.  Where is the sense in looking at averages, without being clear over which period this average is considered?

Second, the Fed’s explanation of the rationale for this change in inflation strategy can be interpreted as worrying a lot more about having inflation below the target rather than above it.

It also explains that “… if excessive inflationary pressures were to build or inflation expectations were to ratchet above levels consistent with our goal, we would not hesitate to act.”

There are good reasons to worry about very low and long-lasting inflation but as the current inflation rates demonstrate the discomfort that can come with very high inflation does not deserve less concern. Can the Fed really sustain this asymmetry?

But what determines whether expectations are anchored? Central bank credibility is the answer, but then only one of two things can be true.

Either the central bank is credible, in which case agents believe that it will achieve its objective. For example, workers that have to negotiate wages believe that the Fed will achieve inflation equal to 2% irrespective of what inflation they observe, and that is what their wage demands will reflect.

Or, the central bank is not credible, in which case expectations are all about what agents see. The wages they negotiate will reflect the inflation workers experience and the higher the current inflation rate, the more relevant the present becomes.

Consider the current juncture in the US. Inflation in 2021 was 3.9%, but the numbers in early 2022 are in excess of 5%. If workers do not have faith that the Fed can bring inflation down to 2%, then workers are more likely to demand compensation closer to 5% rather than 2% to protect the purchasing power of their wages.

Irrespective of credibility, averaging inflation over the past is not useful. It is quite extraordinary that the Fed opted to modernise its monetary policy framework and introduced such a level of opacity, when all literature suggests that transparency and clarity, in particular in the policy decision process, is necessary to achieve credibility.

Having an explicit inflation target that is clear and easy to understand helps clarify the intentions of the central bank. But holding the central bank to account, which is necessary for building and sustaining credibility, requires communicating which levels of inflation are tolerated and which are not.

Therefore, a strategy that communicates both a target but also tolerance bands around it, is very clear in defining when central bank policy is successful and when it is not. This is then equivalent to saying that it will aim to keep inflation on average at 2%, but really between, say 1 and 3%, which is what the Bank of England does.

Introducing average over time without defining what this means is counterproductive and the current levels of inflation in the US will sooner or later expose this weakness in the Fed’s new strategy.