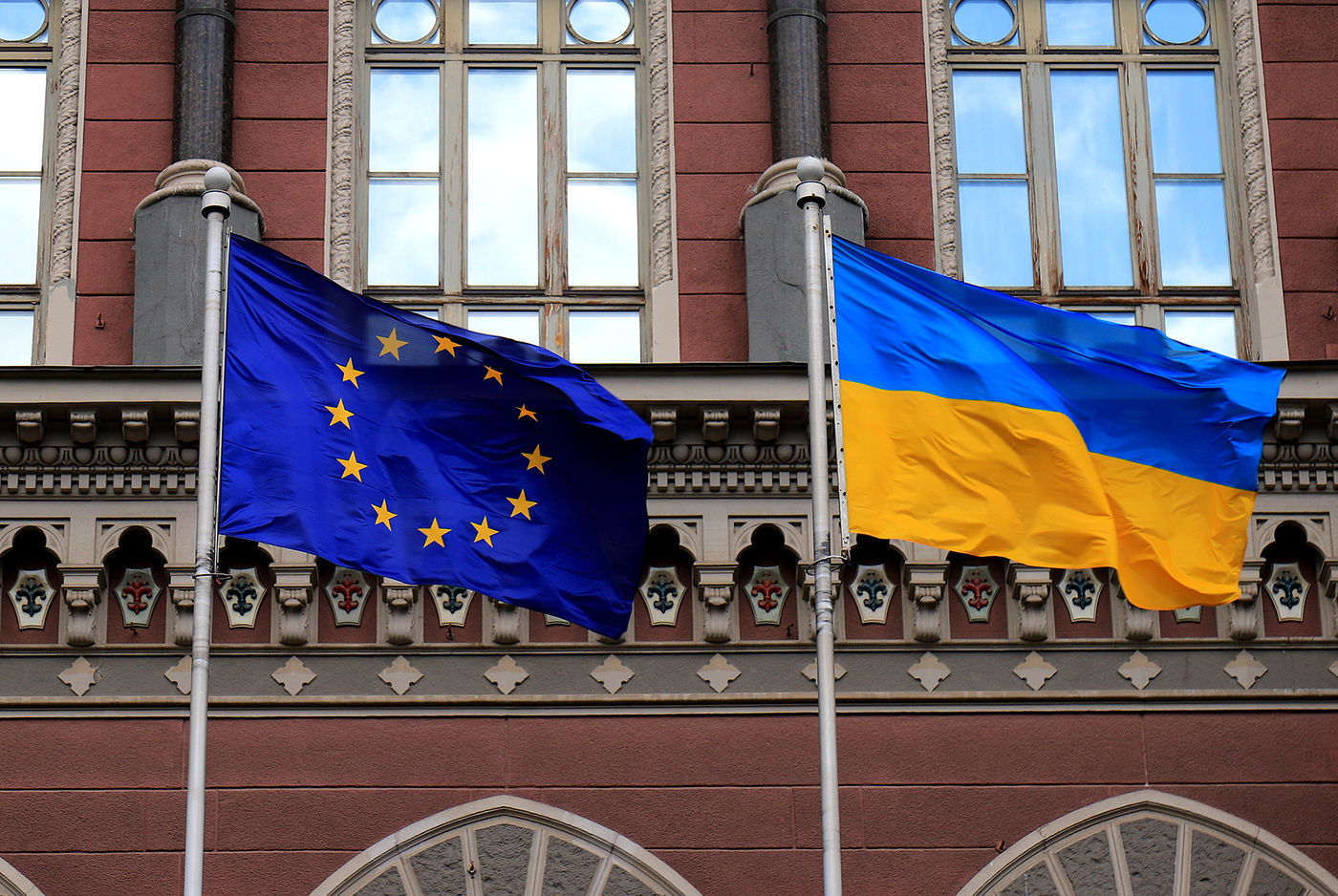 At the start of April, Ukraine’s President Volodymyr Zelensky warned that security will likely be the biggest issue for his country for the next decade. And he added that “…we will …become a “big Israel” with its own face. We will not be surprised that … in all institutions, supermarkets, cinemas, there will be people with weapons.” While Ukraine will no doubt maintain aspects of a war-time economy even after the current war ends, it is already thinking of how to become a growth and recovery economy. This does not mean rebuilding back to what was, but modernisation and reform instead.

It is thus not surprising that European Union membership is seen in Ukraine as instrumental in this process, providing the impetus for very urgent reforms and anchoring the country as a democratic system.

For the EU on the other hand, is not at all clear that it can deal with a further enlargement at a speed that can make a material difference for Ukraine. This is why there are those who argue for providing greater help in other forms, going beyond the current EU-Ukraine Association Agreement but not as far as EU membership.

There are two types of objections to Ukraine’s EU membership.

The first is not related to Ukraine itself but to what is known as ‘enlargement fatigue’. The objection is that the governance of an ever-expanding EU becomes very difficult, as countries are not at the same level of economic development, or indeed of quality of institutions. This objection echoes the concern that the EU has not been able to really absorb the last waves of enlargement. It should also not be forgotten that a number of countries, in the Western Balkans, are in line to join, but are still far from meeting the necessary requirements.

The second reason has more to do directly with Ukraine: that EU enlargement has now acquired a geopolitical meaning. The emergence of China had brought the world to a state of greater economic competition rather than cooperation. The war in Ukraine has deepened geopolitical divisions and forced the EU to step up its global role in a number of ways.

Countries in the EU will break their dependence on Russian energy in a number of months, not years. They will invest more in their military power and reconsider military alliances in ways that might have been unthinkable only a few months ago – Sweden and Finland wanting to join NATO, for example. Crucial to all this however is what the relationship between the EU and Russia will be in the medium to long run.

Will Russia continue to be the uncomfortable neighbour that looks east, or can the two reach peaceful coexistence? All agree that as Europe re-arms, Ukraine’s role in this relationship will be crucial. But not all agree that the EU’s interests are best served with Ukraine as a full EU member. Some see it as a buffer between the EU and Russia. Other believe that Ukraine as a full member is a safer counterweight to Russia.

The EU is right to worry about becoming ungovernable. And there is a valid concern that enlarging goes against the ability to integrate more deeply. Taking more countries in makes it harder or simply impossible for those that want to cooperate more closely. This tension has given rise to the idea of going at different speeds.

While the EU tries to come to terms with this idea of advancing at multiple speeds, it must not forget that Ukraine has the right to choose for itself where it belongs.  Ukraine’s wish to join is a validation of the EU as a system of values that is worth emulating. This validation comes with every country that asks to join but Ukraine is in a situation in which it cannot afford not to take sides or it will cease to exist. Its application to join the EU is more than just an effort to join a club: it is a fight to survive.

The real issue for EU leaders when they discuss Ukraine’s application at a 23-24 June summit and beyond, is what kind of club the EU should be.

As a club of like-minded countries, it will no doubt be easier to manage from the inside. But it will also be entrenching the differences of views, which will make cooperation with the non-like-minded a lot more difficult.

Or, it can be a sphere of influence, that appreciates that global problems cannot be addressed by engaging only with the like-minded. Global issues, from climate change to nuclear disarmament, mean there is more need to engage with those that think differently. Such a club would need to rethink and innovate in terms of how it integrates its increasingly diverse members. But it would be a club worth joining.

*Maria Demertzis is the Deputy Director at Bruegel, a Brussels based think-tank. This piece was published as an opinion column on the Bruegel blog and also posted on the blog of the Cyprus Economic Society.