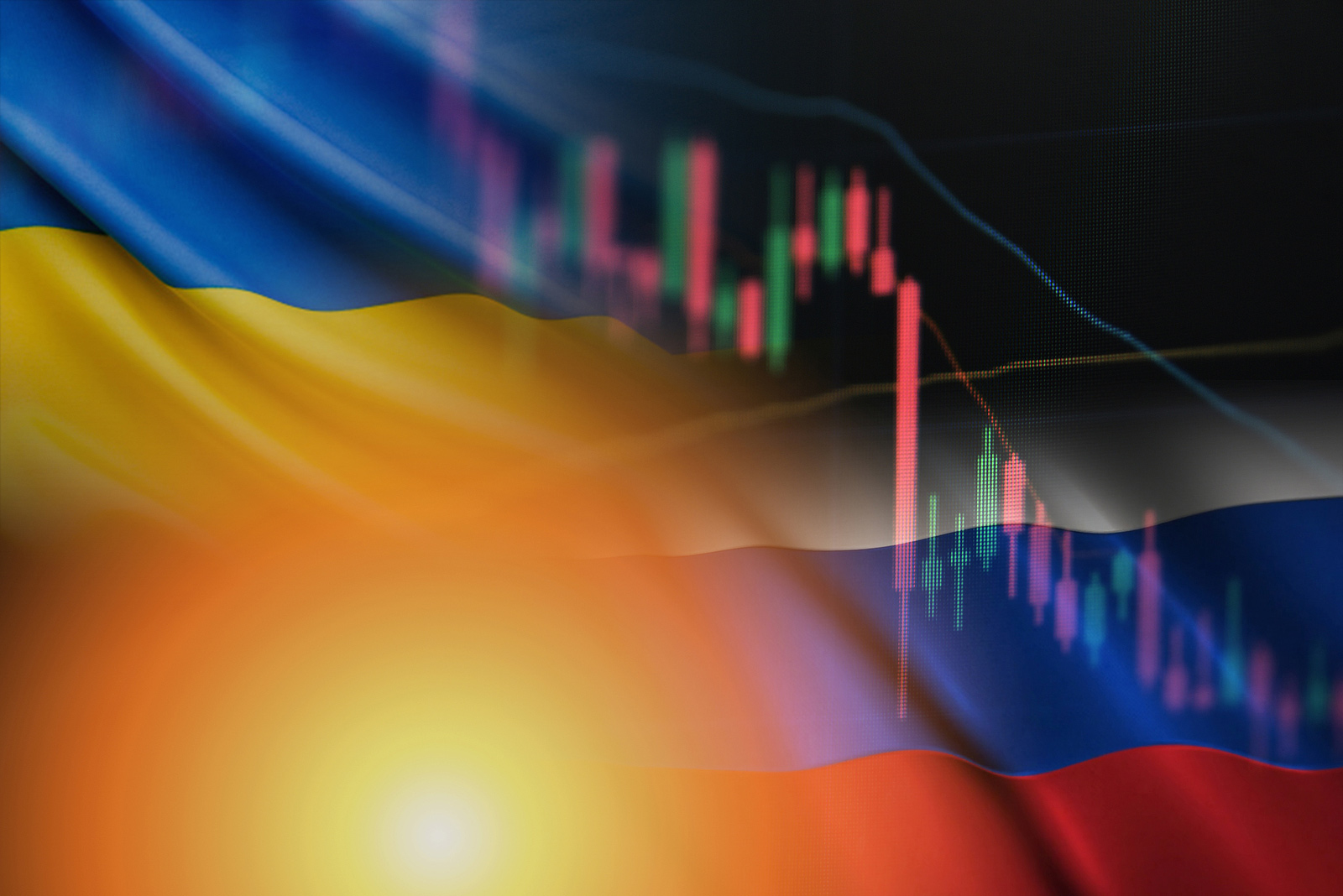 The war in Ukraine could not have come at a worse time for the global economy. It has come at a time when the recovery from Covid-19 has begun to falter, inflation is surging, interest rates are going up, and the world is going through an energy crisis with energy prices at highs never seen before.

Unprecedented sanctions have been imposed on Russia in an attempt to cripple its exports, the revenues from which are seen as financing the war. But clearly sanctions aimed at Russia are also hurting the domestic economies of the western nations that impose them. All this comes at a high cost to consumers and taxpayers, particularly in Europe and partly in the US. How they react will define how this progresses.

Further bans on Russian crude oil exports could drive prices back high – Goldman Sachs hiked Brent forecast for 2022 to $135/barrel from $98, and its 2023 outlook to $115 from $105. The world economy could face the ‘largest energy supply shocks ever’ due of Russia’s key role. Goldman Sachs went as far as to say that a scenario in which all Russian pipeline gas exports are stopped, could see Euro-area GDP growth fall by 2.2% in 2022, with more sizable impacts in Germany (-3.4%) and Italy (-2.6%).

A prolonged Russia-Ukraine war is shattering whatever hopes remained of Europe’s post-pandemic economic recovery. EC officials warned of a ‘price shock’ but added that ‘at this point we still expect growth to continue’. But the longer this crisis lasts, the greater the risk of the EU slipping into recession.

Few other western economies are as dependent on Russian energy as Germany: 55% of natural gas, 52% of coal and 34% of oil and oil products used in the country comes from Russia. At best, Germany could be freed of Russian coal by the autumn and of its oil by the end of the year but could set no date for ending its reliance on gas. Its economy and energy minister warned that stopping Russian gas and oil ‘could cause mass poverty in Germany.’ An immediate stop to supplies could hurt Germany’s population more than Putin.

With Russia showing signs it might be willing to have substantive negotiations over Ukraine, China returning to lockdowns, and high prices, have all contributed to an oil price fall. A sobering thought is that gas prices are now 5 times higher than a year ago and oil prices almost twice as high. It will take some massive cuts in exports before Russia’s revenues fall below the level of a year ago.

The EU and US goal remains to accelerate energy transition and reduce dependence on fossil-fuels as fast as possible. They, and climate change activists, are concerned that investments in new fossil fuel projects will lock-in more long-term use.

This was confirmed by US Energy Secretary Jennifer Granholm who discussed a strategy to expedite the energy transition and ensure global energy security at the CERAWeek, the world’s premier energy conference. But she also said the US needs oil and gas production to rise to meet current demand.

Other US top officials are claiming that their policies are not impeding the US production of oil and gas, but also that clean energy transition is the only way to truly become energy independent in the long run. Probably true but confusing. Nobody would invest in long-term projects under such policies unless there is clarity about the longer-term future of oil and gas.

Shale explorers returned to growth mode mid-March, adding the most rigs in a month as the Biden administration calls on them to produce more crude to offset sanctions on Russian oil. But many are still wary given Biden’s historic hostility toward fossil fuels and the risk that new drilling won’t pay off over the long-term.

In the UK the Prime Minister and oil industry CEOs discussed increasing investment in the North Sea oil and gas industry and boosting supply of domestic gas. This included how the UK can remove barriers facing investors and developers, and help projects come online more quickly. The UK is also considering legal net zero climate change commitments in order to accelerate licensing for new North Sea oil and gas fields, on ‘national security’ grounds. At the same time the government is committing to accelerating renewable energy such as onshore wind and solar.

Uncertainties over the future of oil and gas may hurt the EU too. Should the transition to renewables and green hydrogen take longer than hoped for – which looks likely – the EU will find itself exposed to energy quandaries again. On that basis and with such conflicting messages, why would any company invest in long-term natural gas – or oil – projects when they do not know what the future holds, beyond a few years from now?

An example is East-Med gas exports to Europe. These could help reduce dependence on Russian gas. But who would invest billions of dollars in long-term projects just to secure 5 years of exports? The EU insists that gas use in Europe will be reduced by 30% by 2030 and to zero by 2050. There is also resistance that investing in new fossil fuel projects locks-in longer-term use and delay the transition to clean energy. Such uncertainties repel investors. They do not take risks. The EU needs to extend commitments to the use of gas to at least until 2045.

There is massive pressure building up for a rapid and permanent exclusion of Russian oil and gas exports from the lucrative European markets. But Germany is resisting this. There are also increasing calls for secondary sanctions on Russian oil, on the basis that these could become hard to ignore as the human toll from Moscow’s invasion continues to mount. Analysts warn that banning Russian oil could cause a supply shock akin to 1979 crisis.

There is also a recognition that the greater the loss of Russian oil from the market, the higher the oil price will go. Such uncertainties have raised the prospect that oil could soar past its previous record high of $147/barrel in 2008 — and go as high as $200/barrel.

What is needed is a reality check. With renewable intermittency still a serious problem and green hydrogen technology still at its early stages and expensive, the world will need oil and natural gas for a few decades more. This must be recognized and accepted by Europe and the US, with appropriate policy signals to unlock investment in new oil and gas projects

BP’s new Energy outlook 2022 showed that by 2040, under its ‘accelerated scenario’, more than 50% of global energy demand will be met by oil and gas. Not maintaining new discoveries and production will cause more problems and volatility later.

Clean energy has merely slowed down the growth of fossil fuel demand but hasn’t yet led to substantial decrease in oil consumption in most countries. That’s because renewables still have a long way to go before, they can replace fossil fuel at scale. It will take time.

On the other hand, the concern is that all these recent developments are setting back the fight to contain climate change and global warming. In effect this is now delayed – the priority is energy security. Indicative of this is that IPCC’s new report on climate change has gone largely unnoticed.

But with the EU and US driving an accelerated energy transition, increased renewables, hydrogen, and nuclear power will permanently displace a substantial part of the energy market that, otherwise, gas and LNG might have expected to fill in a more orderly transition. The global energy outlook is changing rapidly and permanently.

Charles Ellinas is Senior Fellow at the Global Energy Centre of the Atlantic Council.