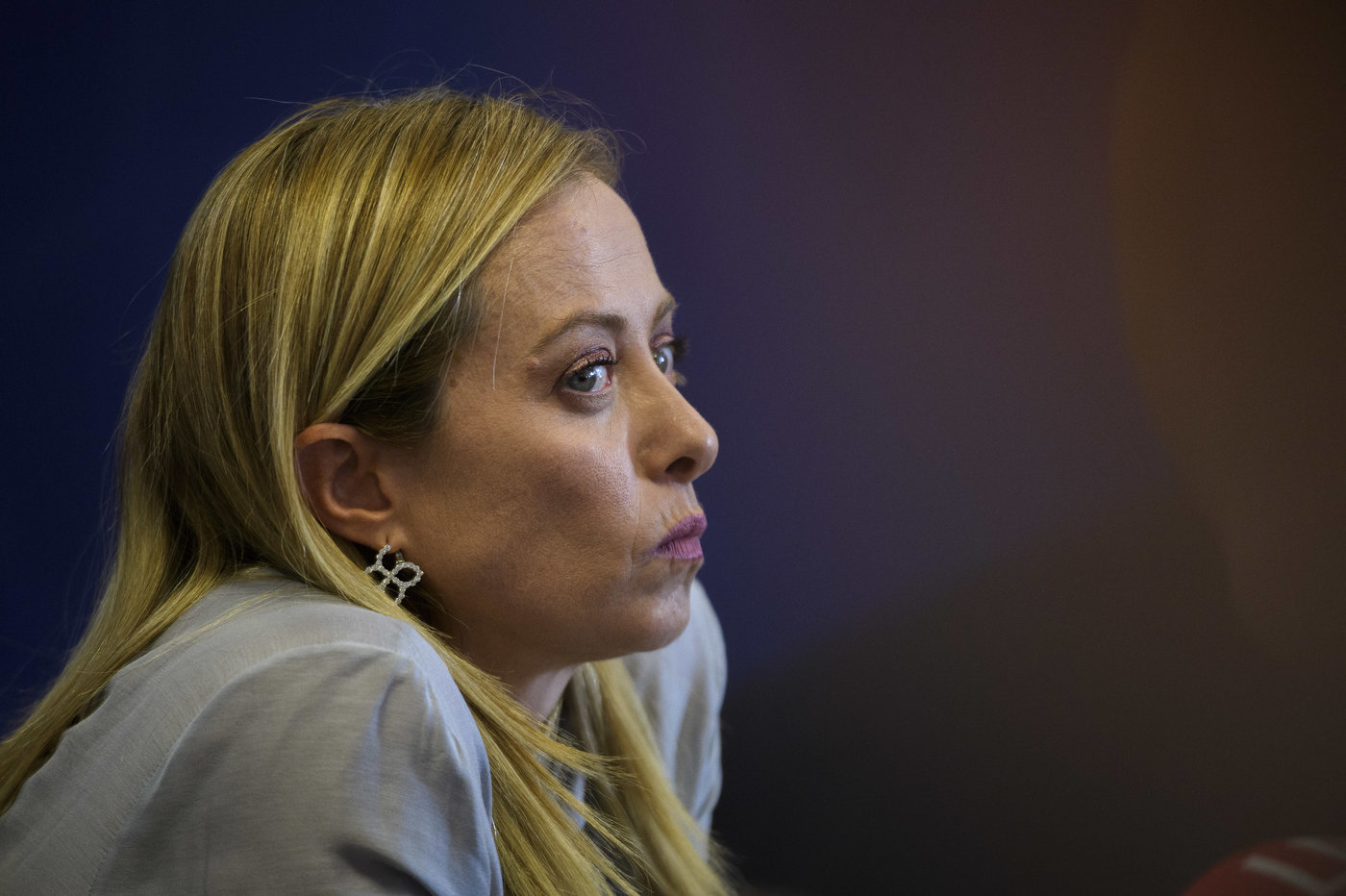 Italy’s election on September 25th is likely to result in a right-wing coalition government made up of Giorgia Meloni’s Brothers of Italy, Matteo Salvini’s League, and Silvio Berlusconi’s Forza Italia. Given that Brothers of Italy has become by far the largest party of the right, Italy’s next prime minister will probably be Giorgia Meloni.

Italy’s European and international partners are concerned about what a Meloni-led government might mean for Italy’s economy, for the sustainability of its debt (at over 150 per cent of GDP) and for Italy’s relationship with the EU. Salvini and Meloni’s admiration for Putin also makes observers fret that a right-wing government might go soft on Russia. And, given Salvini’s populism and Meloni’s background in the neo-fascist Italian Social Movement, there are concerns that Italy could become a disruptive EU member like Poland or even Hungary.

This paper analyses the common electoral programme of the right-wing coalition and what it is likely to do if in government. The programme suggests that Meloni and her allies have embraced a relatively moderate set of policies on the EU and foreign policy, whereas their key economic proposals would be so expensive that they would likely be pared down or shelved after the election.

The economic platform of the right-wing coalition calls for tax cuts for individuals and businesses, combined with more social spending, like higher pensions and benefits for families. The three partners also say they want to revise Italy’s recovery plan, in agreement with the EU, to put more resources into energy diversification, and to help consumers and businesses to deal with higher energy prices.

This programme would be expensive to implement, and a loose fiscal policy would lead to higher borrowing costs for Italy and perhaps a financial crisis. Meloni is aware of the risks of appearing spendthrift and is trying to stress that she is fiscally responsible. A right-wing government would almost certainly scale back or scrap most of its spending promises. If it looked like it might implement them, Italy’s borrowing costs would shoot up amid market fears that the ECB could stop buying Italian bonds under its recently outlined transmission protection mechanism.

A different question is whether a right-wing government would carry out the institutional reforms that Italy signed up to as part of its EU recovery plan, including reforming the justice system and the civil service to make them more effective. Because money from the EU’s Recovery Fund is disbursed in tranches and linked to meeting reform milestones, a right-wing government would have a strong incentive to continue with reforms. Even so, it may be difficult to meet all the targets.

Brothers of Italy and the League both have a eurosceptic outlook and have in the past toyed with the idea of leaving the euro. But the very first lines of the coalition programme make clear that they are committed to Italy’s membership of the EU and want to remain in the eurozone – and the programme even calls for a stronger Europe on the global stage.  Still, the programme clearly has a sovereigntist hue: it calls for a more assertive defence of Italy’s interests in the EU, and for an EU that is “more political and less bureaucratic”.  The programme does touch upon eurozone governance, energy, and migration.

In terms of EU economic policy, the right-wing parties call for a revision of the EU’s growth and stability pact and for reform of European economic governance to ensure “stable and lasting growth and full employment”. In energy policy, the programme singles out the ecological transition as one of the key areas in which Italy’s national interests must be defended but does not offer much detail on that. The EU policy area that the programme emphasises most is migration. The programme focuses on reducing the number of arrivals in Europe and for more co-operation with countries in North Africa – already the emphasis of EU policy. It also calls for EU-operated processing centres outside EU territory – an idea that French President Emmanuel Macron has championed in the past.

The right-wing parties will not seek confrontation with the EU. Still, there is likely to be some turbulence in relations, given their need to show that they are defending Italy’s national interests. In economic policy, Italy’s ambition for a looser fiscal framework is unlikely to materialise quickly. It will also be difficult for the EU’s plans for a banking union to be completed. When it comes to the EU’s green deal, a right-wing government in Italy seems likely to join the ranks of those EU governments that are less willing to commit to a quick reduction in emissions.

As far as migration is concerned, there could be substantial disagreements between Italy and its EU partners. If the government has to abandon many of its economic policies, it may be even more tempted to pick fights over migration policy to show it is standing up for Italy’s interests. While the coalition programme does not mention the issue of burden-sharing with other member-states of the migrants arriving in Italy, it is difficult to imagine that a right-wing government would not push on this. But far-reaching reforms of the EU’s half-built common asylum system will remain out of reach.

When it comes to the rule of law and EU institutional reform, a right-wing government in Italy could pose obstacles. A right-wing coalition would be soft on the EU’s rule of law debate and join the ranks of those member-states that are unwilling to push Poland and Hungary hard. And a right-wing government would not be enthusiastic about institutional reforms of the EU that appear to dilute national sovereignty, such as the extension of qualified majority voting in more policy areas, as proposed by Macron and German Chancellor Olaf Scholz.

The foreign policy part of the coalition’s programme is designed to dispel concerns that Italy would become pro-Russian. It emphasises that Italy will remain firmly anchored in NATO, and that it will increase defence spending to meet NATO targets. The right-wing parties also say they will keep supporting Ukraine in the face of Russia’s invasion, while also pledging support for all diplomatic initiatives to end the conflict.

Fears that Italy could act as a Trojan horse for Russia are misplaced. It is true that both Salvini and Meloni have openly admired Putin in the past. Since Putin’s invasion, Salvini has criticised EU sanctions on Russia, saying that arms prolong the conflict and that sanctions hurt Europe more than Russia. But it is unlikely that Italy’s position on Russia will shift much. One reason is that both Forza Italia and Brothers of Italy are strongly pro-NATO and Atlanticist in outlook. Meloni backed Draghi’s support for Ukraine, including military assistance, even though she was in opposition. It is highly unlikely that Italy would break with the Western consensus, as vetoing sanctions would destroy relations with most of Italy’s EU partners and with the US.

The coalition programme does not mention China or EU enlargement. A right-wing coalition would not favour overt confrontation with China but would back relatively tough policies to tackle Chinese trading practices that are seen as unfair. On enlargement, a right-wing government would not be enthusiastic. But that would not make a real difference to EU policy, given that applicants still have to undertake significant domestic reforms before the EU agrees to their accession.

A right-wing government, with Brothers of Italy at its core, would reduce Italy’s influence in the EU and make Italy-EU relations more turbulent. But Italy would not become a new Poland or Hungary. The coalition’s programme indicates that a right-wing government would be much less confrontational with its EU and NATO partners than Marine Le Pen had signalled in her own French election manifesto. And a right-wing government may not hold power for very long. The government will have to govern Italy during a difficult winter and make difficult political choices. Infighting within the coalition is almost inevitable – it could easily collapse and be replaced by a different combination of parties.