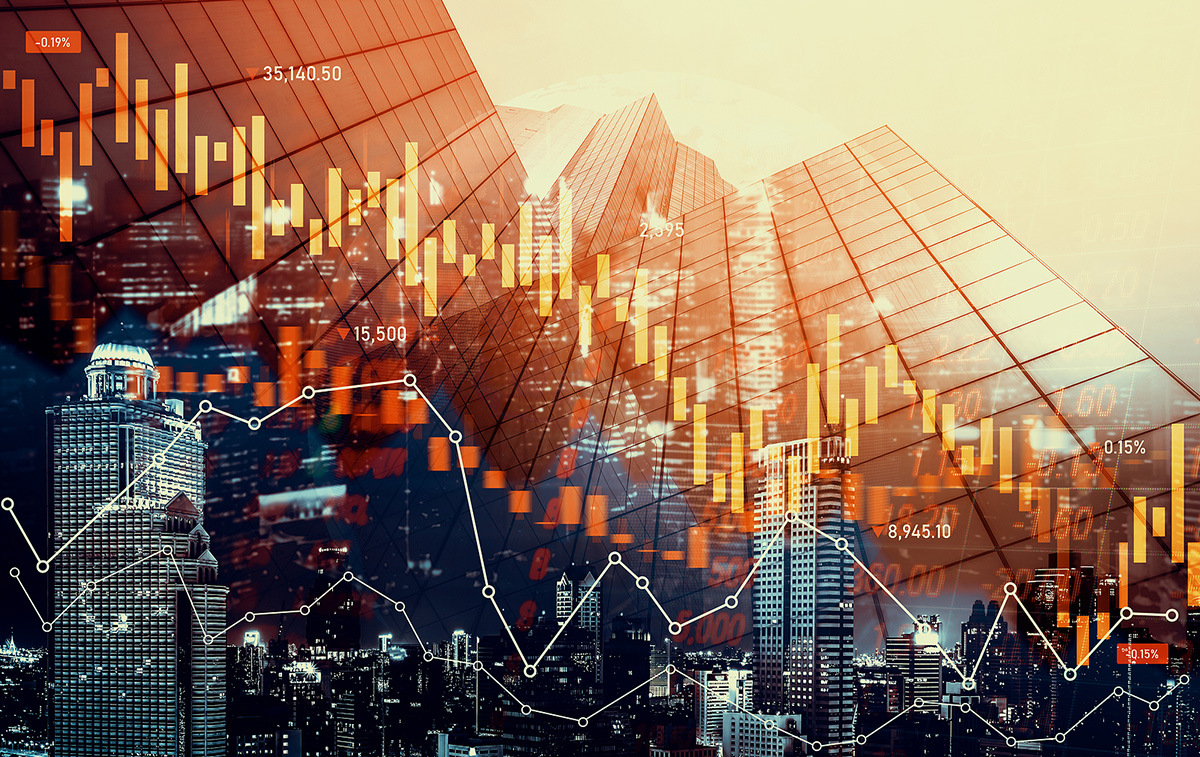 In a previous article we published in these pages, titled, ‘A new era of monetary policy is just beginning’, we discussed the changing monetary landscape in the advanced world. We argued that this is a monumental time in the evolution of monetary policy, because the cycle of easy money has come to an end on a long-term basis. The fundamental changes in the global economy will require a different sort of monetary policy at a time when the initial conditions may not be as favourable. We predicted like many others, that inflation will be more persistent, and that monetary policy, will be tighter for longer. We described the era that effectively ended in 2021, as deflationary macroeconomics, a situation where expansionary policies are less inflationary and generate more debt than growth. The economic landscape is now vastly different. In geopolitical terms, we are at the start of a new great power competition, not the end of one like in the 1980s as it turned out, of which the war in Ukraine is but one reflection. Widespread sanctions and their aggressiveness risk drawing nations apart and the ‘rules-based system’ as we know it, will be tested. This will be creating additional operational and transitional costs, that will find expression in higher inflation pressures, tighter money and other growth headwinds. More political uncertainty, and perhaps social unrest, are coming to Europe. Central banks, and more importantly the federal reserve in the United States, and the European Central Bank (ECB), have no choice but to focus their attention on fighting inflation. In this article we will focus on what central in the US and Europe, are doing, why, and what to expect of them this year and next.

We remind ourselves that, what informs monetary policy in the advanced world today, are the hard learned lessons of the 1970s and 1980s. That price stability requires inflation expectations to remain credibly anchored; and that, central banks must remain focused on their inflation target unwaveringly, until the job is done. We are nowhere near price stability today, and what this little refresher means then, is that central banks will raise their policy rates higher for longer, in large increments of 50 or 75 basis points, until inflation is clearly under control.

So, at the annual gathering of central bankers and economists from around the world, at Jackson Hole, Wyoming in the US, during August 25-27, the Chairman of the federal reserve, Jerome Powell, gave a hard talk about the imperative of stopping inflation, and how they are going to do it. He made it clear that the priority of the federal reserve is to bring inflation down to the 2% target, even if that would mean recession. Restoring price stability will take some time he said, and ‘…is likely to require a sustained period of below-trend growth … and there will very likely be some softening of labour market conditions.’

How far, the federal reserve and the ECB for that matter, will be prepared to go with monetary tightening is unknown. But given the nature of current inflation, as a predominantly supply-side phenomenon, and less demand-side, the monetary policy trade-offs will be large. In the end the federal reserve and the ECB, might have to raise interest rates higher and for longer to bring inflation under control. In Powell’s words, ‘…We are moving our policy stance purposefully to a level that will be sufficiently restrictive to return inflation to 2 percent…In current circumstances … estimates of longer-run neutral are not a place to stop or pause’.  What this means is that the federal reserve will exceed the neutral rate thought to be around 2.5% and will more likely move its policy rate closer to 4% by March 2023. The federal reserve started raising their interest rates in March 2022, having accelerated the process since then. As of today, the federal reserve’s policy rate, the target fed funds rate is in a range 2.25%-2.50%.

The ECB raised its policy rate by 50 basis points in July, the first in eleven years, and raised again by an additional 75 basis points on September 8th, to 1.25% as of today. This came after inflation in the Eurozone reached 9.1% in August from a year earlier, and after further weakness in the euro which fell below parity with the US dollar for the first time in 20 years. A weakening euro and tighter labour markets pose additional upward risk to the region’s inflation outlook.

In addition, the standoff between Russia and the west over gas supplies to Europe, and the intended price caps on Russia gas, led to the complete cut-off, of the Nord-Stream 1 pipeline. This will push up European gas prices and will add upside risks to the Eurozone inflation outlook in 2022-23. The ECB therefore will be forced to tighten its monetary policy more aggressively, than previously thought. Like the federal reserve, the ECB will continue to raise its policy rates beyond the neutral rate thought of at 2%, even if the Eurozone enters recession. The ECB can now be expected to continue to raise its policy rate in larger amounts, likely by an additional 75 basis points in October, and by 50 basis points in December to 2.5%.

But the ECB has an additional problem the federal reserve does not, the risk of the fragmentation of its bond markets. Fragmentation is the excessive widening of the spreads in the bond yields of eurozone countries, against the safest bond, that of Germany’s. Faced with this risk the ECB in its July meeting, approved a new policy tool, the Transmission Protection Instrument (TPI). This is a country specific bond purchasing instrument, designed to counter undue pressures on individual member countries’ bond yields, that are not justified by their economic fundamentals and to prevent marked interest rate divergences in the euro area. By approving the new instrument, the ECB has signalled its resolve to intervene as necessary to keep market dynamics from disrupting its policy transmission mechanism. The TPI is outside our focus in this article, however, it is a controversial instrument, and member states higher at risk, will need to ensure their debt sustainability in the medium term. Whilst a financial crisis in Europe is not anticipated in the foreseeable future, political and economic risk will be rising opening up a range of other issues.

It is not a certainty, but there is now a heightened expectation of recession. However, the current situation may be dire but different from the 1970s, that led central banks to raise interest rates, exceedingly high. In the US, the federal reserve under its then Chairman, Paul Volcker, had to apply a hard medicine to take inflation out of the system, raising its policy rate to 20%, causing a deep global recession. The situation now is dire but different. The global economy is much larger and more diversified. We are starting from a position of full employment or near full employment in most cases at least. The situation is more complicated in the emerging world, but if we are not having the 1970s run-away inflation, we should also avoid a 1980s hard landing. Or so we hope.

Technology and the crisis of work