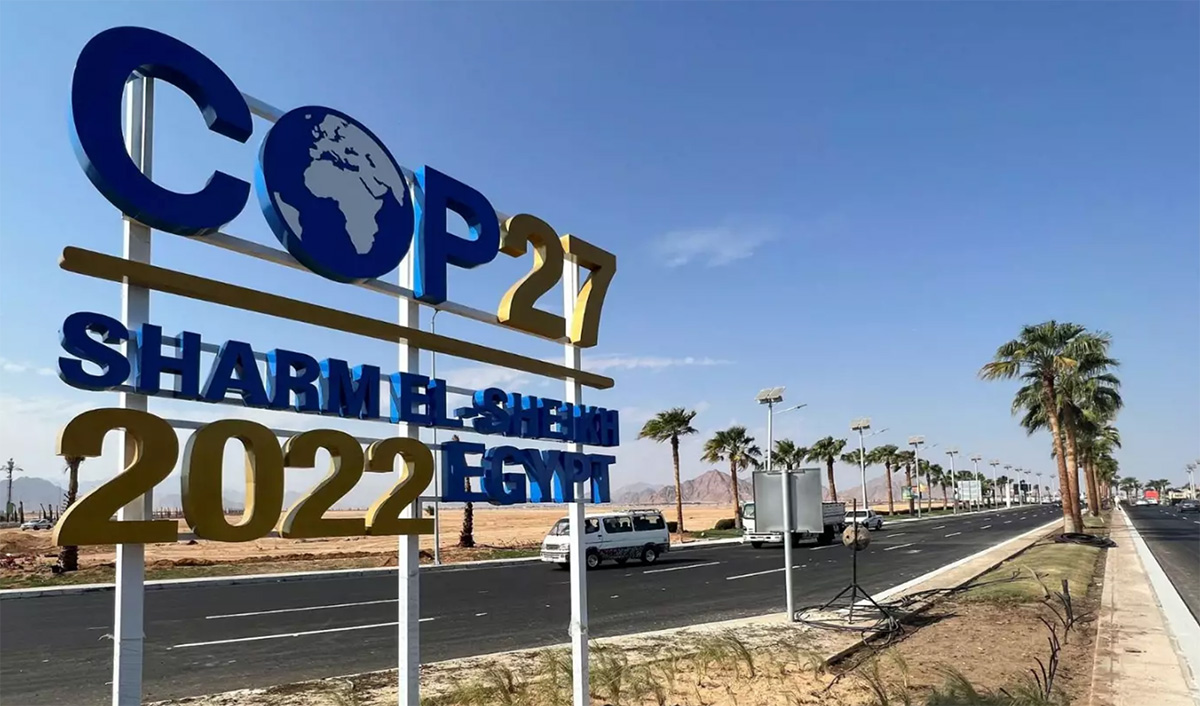 When it comes to the main objective of COP summits, to stabilize greenhouse gas concentrations ‘at a level that would prevent dangerous anthropogenic (human-induced) interference with the climate system’, the answer is no. Its main success is that it made a historic decision to establish a ‘loss and damage fund,’ to provide funds for developing countries that suffer ‘loss and damage’ from climate-change-driven events.

COP27, the 27th Conference of the Parties to the United Nations Framework Convention on Climate Change, was held in Sharm El-Sheikh in Egypt and was completed on 20 November. Close to 200 countries participated and over a two-week period they discussed a plethora of issues affecting global climate change how to deal with it and mitigate its impacts.

The summit took place under challenging conditions. The Russia-Ukraine war, energy, economic and food crises, rampant inflation, and concerns about the security of energy supplies. These changed the priorities going into COP27. Climate change and curbing emissions were not the only main priorities for all. Uncertainties about the ability of renewables to provide the world’s growing energy needs and a realization that fossil fuels are still needed to ensure security of energy supplies weighed heavily on the summit discussions and the final deal.

As a result, proposals to include phasing-down of oil and gas alongside the phasing-down of coal agreed at COP26 in Glasgow last year failed to gain the required support and are not included in the final deal. On the contrary, the COP27 deal now includes a provision to boost ‘low-emissions energy’, without defining what this means. This is interpreted to include natural gas, that has the lowest emissions of all fossil fuels.

This reflects the important contribution gas is playing in response to the energy crisis, particularly in Europe. With no clear pathways to an energy-secure future completely reliant on renewables in the near to medium term, many countries still see a role for gas well into the next decade and probably beyond. This includes African countries that are asking for financial support to develop their natural gas resources as part of the energy transition.

This is supported by BP’s ‘Energy Outlook 2022’ that based on the New Momentum scenario, ‘designed to capture the broad trajectory along which the global energy system is currently progressing’, natural gas demand is expected to carry on increasing, by as much as 25% by 2050. The International Energy Agency projections also confirm that gas demand will continue to be important even by 2050.

However, an important development is that the summit finally recognized the need to provide funds for developing countries that suffer ‘loss and damage’ from climate-change-driven events. This has finally been adopted, with rich countries agreeing to support it. It has a long way to go before it is up and running, but the key step to its future realization has now been taken. It is a major step forward towards a just and equitable energy transition.

Another positive is that COP27 agreed to increase the funding for adaptation: to build flood defenses, preserve wetlands, restore mangrove swamps, and regrow forests.

A setback, though, was the fact that no decisions were taken to reduce global carbon emissions, especially in heavily polluting countries such as China and India. Only a few countries made proposals to increase their nationally determined contributions (NDCs). Cyprus was not one of them.

However, just before COP27 started, the EU agreed to extend emissions cuts in buildings, transport, agriculture, waste and small industry, aiming for a 40% reduction by 2030 compared to 2005. The European Commission expects Cyprus to achieve a 32% reduction by 2030. This will be a major challenge given that Cyprus was unable to achieve its 2020 target that was only 10%. Achieving this will require a major increase in renewables.

In one important area, COP27 went backwards. It took out a resolution to peak emissions by 2025 made at COP26. With this and without increasing NDCs, it is difficult to see how the global temperature increase can be kept below Paris Agreement 1.5degC goal. In effect, COP27 signaled, that the world’s efforts on climate change are shifting from mitigation to adaptation.

At the end of the summit many were left disappointed with the limited progress and the backtracking made at COP27 and the fact that not much was done to further reduce emissions. But, as would be expected, the COP27 president Sameh Shoukry put a positive slant to it. He said during the closing session ‘I consider the text…to be a reflection of both a delicate balance that responds to the interests of all of us represented in this conference, and also a manifestation of the highest ambition that can be reached at this point in time’. There are calls to redesign future COPs to reflect the reality of where the world is and what needs to be done to rekindle climate action.