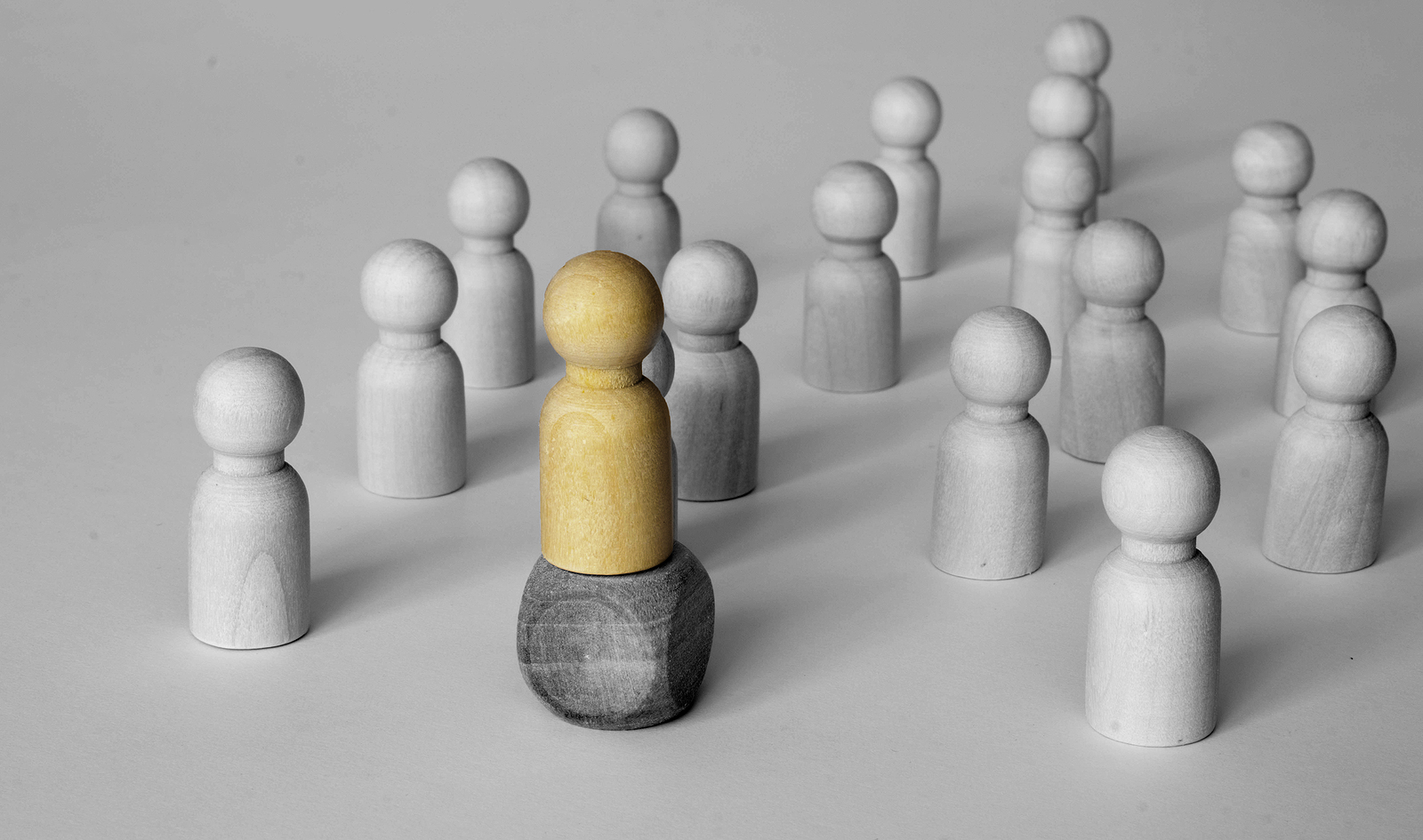 In this article we examine the political landscape in Cyprus from 2011 onwards, against a backdrop of rising right-populism in advanced liberal democracies over the past couple of decades and more. We draw on the differences and conclude on the primacy of two factors in domestic politics, the catalytic influence of the Cyprus national problem, and the primal role of the supply side of politics exemplified in parties, their leaderships, and weak national institutions. The current political situation in Cyprus, is not a revolution against the established order, and existing political parties may no longer serve their purposes and electorates. This resonates with a similar fluidity and fragility observed in Europe, and even in America. The implications will be long lasting we think. This may not be an end, but a beginning, that is likely to usher in more volatility and political change in the years to come. We extend he discussion to the coming presidential elections separately in a different article.

In this first quarter of the century, and particularly after the global financial crisis of 2008-09, right-wing populist parties, have been rising in advanced liberal democracies, from across the Atlantic. Donald Trump’s victory in the US presidential election in 2016, and Nigel Farage’s successful Brexit campaign in the same year, are cases in point. National populist movements in Italy, Sweden, France, Hungary, Poland, Austria and even Germany, have been winning voters in respective national elections, and traditional mainstream parties have been losing ground. In Italy last September, the right-wing Brothers of Italy, led by Giorgia Meloni, in coalition with the populist Lega party led by Matteo Salvini and the Centre right Forza Italia led by Silvio Berlusconi, won the national elections. In Sweden, the Swedish Democrats, a far-right national populist party, won second place in the September general election, with 20.5% of the vote, and offered parliamentary support for a right wing coalition, after obtaining significant concessions in exchange. In the 2022 presidential election, in France, Marine LePen, leader of the Nationalist Rally party, made massive gains in the country’s legislature in June after winning 41.5% in the presidential election in April.

The resurgence in populism that we have seen in the west in the last couple of decades, was rooted in, or accompanied by, economic shocks and economic deprivation. You would think that the consequences of economic shocks, in the form of rising income inequality and employment uncertainty, would be favouring the expansion of left-wing populist politics. But for very specific reasons, it was right-wing populist parties that benefited the most.

Populism as we have known it in advanced liberal democracies, is not a homogeneous phenomenon, but it is not a transient one either. It is deeply rooted in four main factors. These are, the distrust of politicians, the cultural threat primarily from immigration, the economic deprivation from successive economic crises, and the weakening of party loyalties. The failure of parties and political elites to offer solutions to specific problems led to an increasing gap between them and ordinary citizens, who don’t feel represented. Second, immigration is a powerful force that historically has been associated with a negative reaction and anxiety among populations. Third, deprivation and economic dislocation, after successive economic crises, after deregulation in labour markets, globalisation, and austerity, create a sense of exclusion, that the economic system isn’t working out for everybody. Workers have good reason to feel they’re getting a bad deal. Lastly, party loyalty, the feeling of strong alignment with one particular party, has been waning over time.

These factors taken together, which are no stranger to the Cypriot reality, give politics a different prospect altogether, and it may be telling of more political volatility for longer where the constant cycle of birth, death and replacement of parties will only exacerbate.

In Cyprus we have been observing the fragmentation of the political landscape, and the accompanying rise in nationalism and populism since the 2011 parliamentary elections. Now, ahead of the presidential elections in February, we are witnessing a diversity of alliances not always with clear associations, or commonality of objectives, against a background of division internally, and a rise in external threats in relation to Turkey, against a background of withering prospects for a negotiated solution of the Cyprus problem.

If we compare the last three parliamentary elections, in 2011, 2016 and more recently in 2021, there are three features that come out clearly: the increase of absenteeism; the decline of the traditional parties; and the rise of right-wing populist parties echoing similar developments in Europe at large. Absenteeism measured against all registered voters increased from 24% in 2011 to 36% in 2021. That was a 50% increase and represented 200 thousand voters in 2021.

Secondly, the popularity of traditional parties declined significantly. On the basis of all valid votes, centre right DISY lost 6.4 percentage points between 2011 and 2021, and left-wing AKEL, lost 10.3 percentage points in the same period. The centre parties, fragmented amongst themselves, and consisted of DIKO, DIPA, EDEK and the Citizens Alliance that merged into EDEK in 2021. Voters moved between these parties but in total their relative vote changed little. Voting gains accrued to the Greens, whose voting share increased by 2.2 percentage points to 4.4%, and to the nationalist right, whose voting share increased by 4 percentage points to 9.1%. We use nationalist right to refer to ELAM and the Solidarity party together. Then there was a grouping of other smaller parties, mostly newly formed, and independents, none of which entered parliament, which together polled 12.3% in 2021 for an increase of 11 percentage points from 2011. The weakening party loyalties and the fluidity of voter movements, guarantees more change in the political landscape of the country in the years to come.

The weakening of the two largest parties, DISY and AKEL, which headed the governments since 2008, that of Demetris Christofias and twice that of Nicos Anastasiades, is a vote of discontent with the party system as it is today and party performances, economic and other. That’s one demarcation line. Another has to do with the Cyprus problem, the existential threat it poses, and the inability to reach a negotiated conclusion.

The significance of the Cyprus problem

Measured by election results, there has been a shift in the electoral base toward hard-line and rejectionist positions on the Cyprus problem. All centre and nationalist right-wing parties, and to a large extent the Greens also, adopt hard line and rejectionist positions. In one way or another, all these parties object to a bizonal and bicommunal federation or prioritise what they refer to as a European solution and in some instances, object to a federal structure all together. The applicability of these positions is questionable when they infringe on the security concerns of the other side. The result is a series of interim ideas, an emphasis on confidence building measures, or other schemes, all of which make a solution more elusive and unfortunately fail to prevent the deterioration of the status quo.

Domestic politics in the advanced liberal democracies have seen a rise in right wing populist parties particularly since the global financial crisis of 2008-09. The political landscapes are becoming more volatile and more fluid, and traditional parties are losing their grip on their electorates. These tendencies may be long term and not necessarily transient, driven by four main factors. First a distrust and disconnect between electorates and political elites. Second rising national anxieties driven by an accelerating pace of immigration trends particularly in Europe and America. Third, globalisation and economic dislocation and exclusion after successive economic crises that changed the distribution of income and wealth adversely for large parts of the population. Fourth, a weakening of party loyalties that can be the culmination of all he above and the generational, shift that is happening. Cypriot politics are no stranger to these tendencies, but the way they play out can be different because of two fundaments characteristics. An overriding concern about Cyprus problem, and the failure to find a negotiated solution that would guarantee peace and security. This tends to subordinate issues which in other democracies play first fiddles, like the economy, corruption, and the workings of the institutions. The consequences can be tragic sometimes. The second characteristic is the dominance of the supply side of politics, that is the parties themselves and their leaders, and the client relationships they cultivate with their voters. This tended to make party politics stickier and voter mobility rather less over time. However, we may now be at the end of that stickier era.