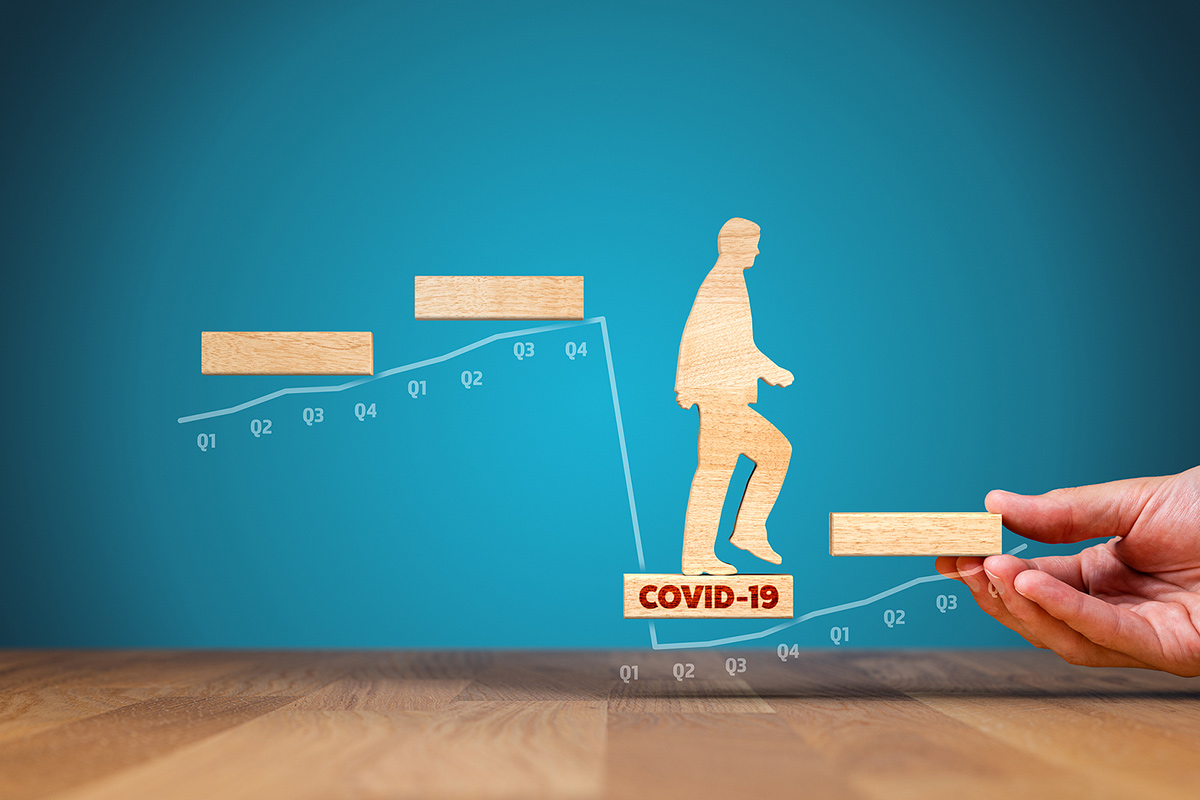 The policy response of Governments and Central Banks to the pandemic was massive and unprecedented.  In the USA, the Federal Reserve Bank put out $3 trillion in high powered money between March and June 2020 equal to what it did in its first hundred years, 1913-2013.  In the UK the Chancellor asked Parliament to approve £40 billion of deficit spending in March 2020 and ended up borrowing £400 billion in the next 12 months, 92% of it financed by the Bank of England. This note considers whether this ‘unorthodox’ policy response justifies a rethinking of macroeconomics.

Keynes established macroeconomics – the study of the economy as a whole – as a distinct subject in economics. During the Great Depression of the 1930s, Keynes in his famous work The General Theory introduced the concept that the key to full employment was sufficient demand to keep all available resources in the economy fully employed. As private consumption and investment, together with net exports, are not guaranteed to generate sufficient demand to ensure that all the output produced is sold, government spending could provide the needed extra demand for full employment.

That the government budget can be used as an instrument of economic policy was a revolutionary concept at the time. This gave rise to the idea of countercyclical fiscal policy which became the dominant macroeconomic policy framework through the post war period and into the 1960s.

By the 1970s, faith in fiscal policy was shaken: long and variable lags before impact on the economy, and politics interfering with sound public finances, were seen as a source of instability. Meanwhile, a group of economists at the University of Chicago, led by Milton Friedman, developed an alternative macroeconomic framework focusing on the money supply as the key determinant of economic activity.

The 1970s were characterised by the last serious inflation episode (until the current one). Global and US demand was powered by the US fiscal spending on the Vietnam war and the Great Society. At the same time an OPEC oil shock, and powerful unions (stronger than they are today) were pushing wages into a wage-price spiral.  It took a sharp increase in interest rates and a severe recession to bring down the resulting inflation. The experience of ‘stagflation’ in the 1970s led to a weakening of the Keynesian and strengthening of the Monetarist approach to macroeconomic policymaking.

Since the mid-1980s, trade and capital movement liberalisation and globalisation has powered productivity growth and held down inflation. A huge increase in the global labour force kept the cost of goods and wages in advanced economies down resulting in a 40-year span of price stability. Over the same period there was a steady decline in interest rates. On their way down, interest rates fell below the growth rate of the world economy, which is important for debt sustainability. However, with interest rates at the effective lower bound (meaning they cannot be pushed any lower), monetary policy could not stimulate the economy and fiscal policy re-emerged with a key role in keeping output at its potential. This theoretical consensus for greater reliance on fiscal policy was first tested during the Global Financial Crisis.

The severe recession of 2008, caused by the 2007 GFC, required a coordinated global response.  In 2009 Gordon Brown at the G-20 meeting in London secured such an agreement for a coordinated fiscal expansion. This moderated the decline in economic activity but, as many countries were already deep in debt, it led to further deficit spending and a sharp increase in public debt. The ‘debt threshold must not be exceeded’ narrative was powerful enough to produce a reversal of the coordinated fiscal expansion at the Toronto G-20 meeting in 2010. A period of austerity with negative economic and social consequences followed.

The ‘austerity mindset’ affected policy making during the Eurozone crisis, particularly in the case of Greece where the economic and social consequences were unnecessarily severe.  It is likely that with today’s mindset on public indebtedness and Central Bank support for government deficit spending, the Eurozone crisis would have been handled differently. The limited fiscal expansion during the Great Recession of 2008, meant that recovery from the financial crisis was slow; recovery was delayed by austerity as many countries were dealing with the legacy of high debt as well as the concern to maintain enough ammunition to deal with the next crisis. The next crisis came in an unexpected form.

With the onset of the pandemic, a coordinated and sustained response was more forthcoming. There was immediate and substantial fiscal response to protect incomes and employment and keep enterprises alive. The macroeconomic policies implemented globally during the pandemic were contrary to the two most basic norms of the prevailing macroeconomic orthodoxy which were (a) no large-scale deficit spending and (b) no Central Bank financing of government debt. Both conditions were significantly set aside during the pandemic.

We now entered the post-pandemic period. In the aftermath of the pandemic is a new macroeconomic narrative emerging? The response to the pandemic was massively expansionary fiscal and monetary policies globally. The focus has shifted away from the fear of an increasing debt to GDP ratio towards the likely impact of the pandemic stimulus on inflation. Is the high inflation we are now experiencing due to the pandemic stimulus? Under the traditional macroeconomic thinking this would have been the expected consequence of excessive central bank financed deficit spending during the pandemic. However, the double supply shock because of the pandemic and the Russian invasion of Ukraine, which brought sharp increases in energy and commodity prices, is complicating the debate on the causes of the high inflation the world is currently experiencing.

Economists are divided between those focusing on supply constraints and those blaming excessive pandemic spending. Initially Central Banks took the view that inflation was a transitory phenomenon and took no action. A simultaneous demand and supply shock poses a sharp dilemma for Central Banks: to signal their independence and that they are serious about avoiding runaway inflation they need to anchor inflationary expectations by normalizing monetary policy quickly but that risks a recession.

While the aim is to have a “soft landing”, meaning to bring down inflation without causing a recession, doing too little now may necessitate a larger monetary contraction and a much steeper increase in interest rates soon, if inflation gets out of hand. The likelihood for this to happen depends on the state of the labour market in each economy. A wage-price spiral would only occur if workers had sufficient bargaining power to force wages up in anticipation of future inflation.

Macroeconomics went through several phases since its inception in the 1930s, involving significant re-thinking of macroeconomic theory and radical changes in the direction of macroeconomic policy. The latest example of this process is the ‘unorthodox’ policies pursued during the pandemic. Would these policies be viewed as a temporary deviation from ‘business as-usual’ to deal with an unprecedented emergency or could it lead to a more radical re-thinking of macroeconomics?  If these policies can be used to deal with a crisis, without causing run-away inflation, why can they not be used to prevent a crisis such as climate change? The answer to these questions crucially depends on the verdict regarding the causes of the current inflation.  Time will tell how far we will have to rethink macroeconomic policy. In the meantime, central bankers are taking no chances as they begin a process of raising interest rates.

*Michalis Sarris is former Director at the World Bank and former Minister of Finance of the republic of Cyprus.