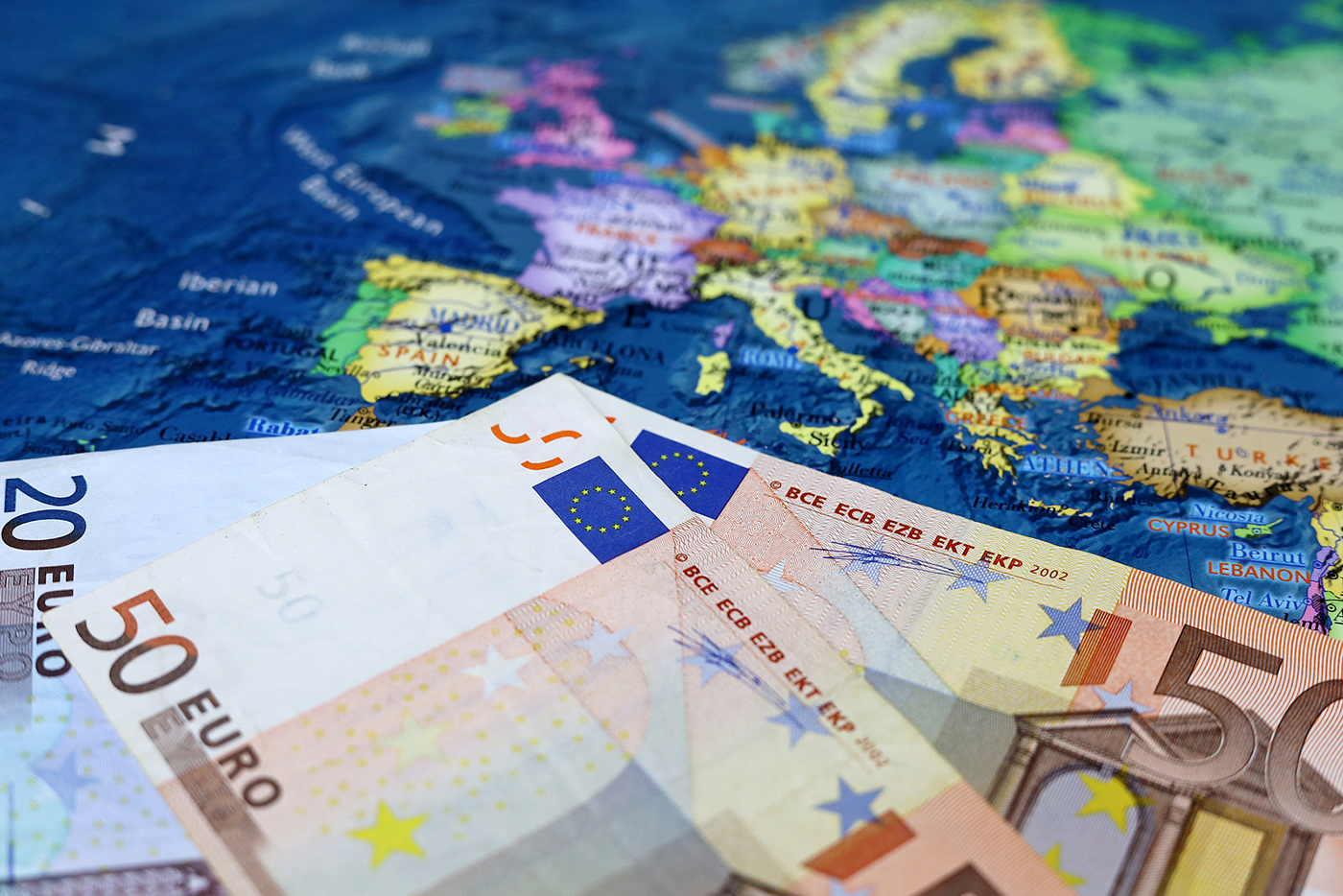 The European Commission has recently published its spring forecasts for the European Union, for the bloc as a whole and also by country, over a two-year horizon. This is the first formal forecast revision by the European Commission, after Russia’s invasion of Ukraine, and it highlights the downward pressures on growth, as well as the downside risks that are now more prevalent in European economies. There is high uncertainty and outcomes will vary. A longer war for instance, and deeper supply disruptions, or a more lasting energy shock, will have more adverse consequences for the global and European economies. However, in the baseline scenario, output growth slows in 2022 but returns to its pre-war path in 2023. Implicit is a belief that inflation pressures will dissipate in the period. Monetary policy will tighten, and fiscal policy will become more prominent in economic stabilisation. Longer term, fundamental changes in economic organisation and transition, will necessitate the redefine and repurpose of fiscal policy, and the relationship between the public and the private sectors. In this article we discuss the European Commission’s spring forecasts with reference to the euro area as a whole, and to Cyprus in particular, and comment on some longer-term considerations.

First, a quick look at the numbers

In the Euro area, the European Commission downs its growth forecast for 2022 to 2.7% from 4.3% previously, and ups its inflation forecast for the year to 6.1% from 2.2%. Nominal GDP growth, which is the sum of real growth and inflation, will be higher than initially forecast. This means that in public finances, while the government deficit remains unchanged, the government debt drops as a ratio to GDP, because of the higher inflation. Employment remains fairly constant with the unemployment rate dropping only marginally. The lower real GDP growth then stems from a steep slow-down in productivity growth with no employment losses. Potential output growth, which measures what it can be produced with full employment conditions, drops modestly as a result of the negative terms of trade shock from the higher energy prices. The traditional current account surplus narrows substantially from the initial forecast, as exports and imports slow down equiproportionally.

The Cyprus economy is a similar story with some salient differences. Growth drops to 2.3% in 2022 from 4.2% initially. Both employment and productivity growth slowdown in the year and the unemployment rate inches a little higher to 7.8% from 7.5% in 2021. Growth in 2022 is driven by domestic demand. The external sector makes a small negative contribution. Government consumption continues to grow from the elevated levels of 2020-21, signifying the still substantial fiscal support in the economy. The budget deficit narrows further and the debt to GDP ratio drops due to higher nominal GDP growth. The current account deteriorates reaching a deficit a deficit of 8.8% of GDP.

The war affects European economies through a number of channels, including heightened uncertainties, a new set of bottlenecks and supply disruptions, and of course, the amplification of the energy shock. Inflation accelerated sharply in the first months of the year, but it remains primarily a level effect, reflecting the higher cost of energy without any visible second round effects. As long as inflation pressures don’t feed into higher inflation expectations or into a wage spiral, inflation should dissipate, as projected.

Monetary policy is subject to more uncertainty because of the war and because of the elevated inflation. However, the time of ample accommodation is perhaps behind us, which ultimately changes the interplay between monetary and fiscal policy. The CB has not increased its policy rates yet, but there are some visible changes in the monetary landscape. Low interest rates for banks in the targeted lending operations will end in June. Asset purchases under the Pandemic Emergency Purchase Programme ended in March, and remaining purchases under the Asset Purchase Program, will end in the third quarter. So, in general, financing conditions across the euro area will tighten throughout 2022.

The yield curve which shows the relationship between interest rates of different maturities have shifted distinctly upwards, in part reflecting the anticipation that monetary policy will be normalizing in the medium term. But what normalization of monetary policy would mean is less clear. The ECB has repeatedly indicated that policy will be gradual and flexible and will be data driven, adjusting to evolving economic conditions. The ECB might start raising its policy rates as early as this summer but will remain mindful of financial conditions. Higher interest rates might lead  to increased volatility and will weaken economic growth. There is obviously a trade-off between inflation, economic growth and financial volatility and the ECB’s actions will be constrained by the interplay between them.

Over the past two years the ECB has played a prominent role in sovereign bond markets absorbing market pressures through its substantial asset purchases. These pressures could re-emerge, and the ECB intends to keep the volume of its asset holdings unchanged until the end of 2024, thereby using the proceeds from maturing bonds to buy new assets, in a flexible manner in order to limit as much as possible, the risk of financial fragmentation.

The fiscal policy landscape will also be changing for two main reasons. First, monetary policy will become more challenging as the era of easy money comes to an end, as discussed. Secondly, governments will be crucial in achieving important long-term goals, in raising productivity, in catalysing the green and digital transitions, and in tackling societal priorities and inequalities. Thus fiscal policy will need to play a different role in capacity building. How the budget will be allocated between current spending and public goods and infrastructure projects will become much more significant than in the past.

The war in Ukraine constitutes a dramatic supply disruption and creates significant uncertainties. The resulting energy shock alters the terms of trade negatively for Europe in particular, leading to inflation and a real income shock. The growth outlook, actual and potential, deteriorates. However, without a rise in inflation expectations and second round effects, inflation pressures will dissipate in the forecast horizon. Regardless, the monetary landscape has already changed, and the era of excessively low interest is behind us. Monetary policy will be tightening but the ECB will be gradualist and flexible in its policy decisions and seek to prevent the fragmentation in the European bond markets. This change in the monetary policy landscape, and the requirements of economic transformation, will propel fiscal policy to a new significance in the medium term and beyond. What will matter the most, will not be the size of the budget per se, but its allocation between current and capacity building uses.