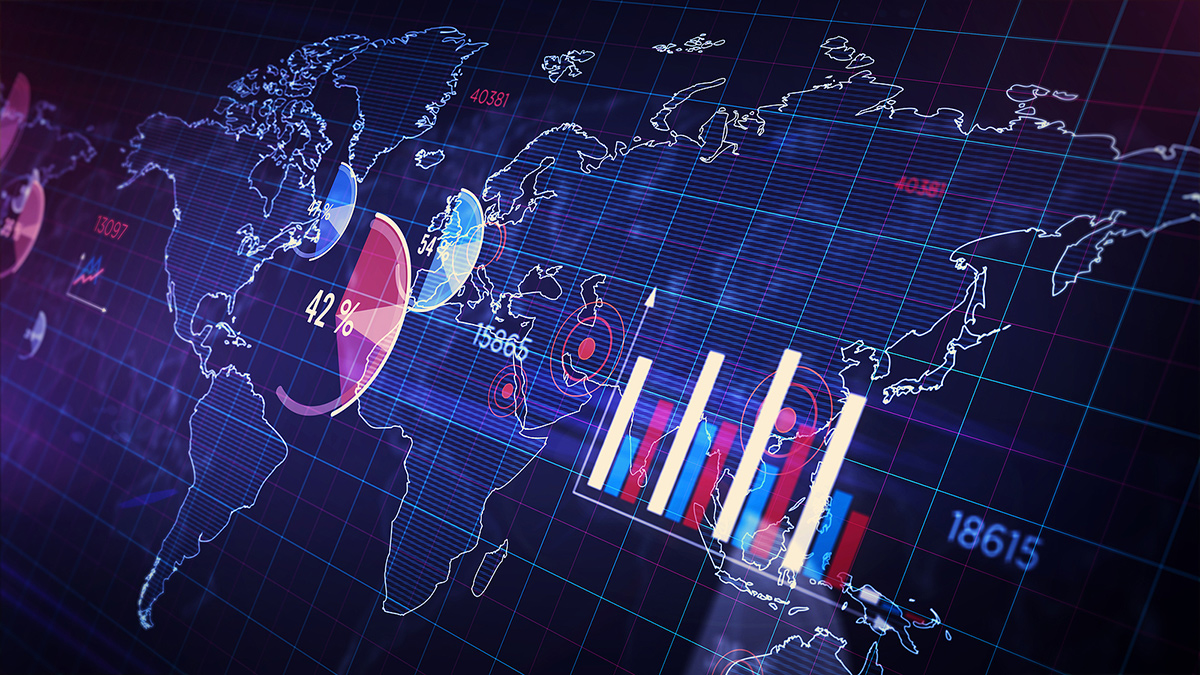 Occasionally, events unfold in close proximity that can be described as seminal. We call them seminal because of their significant impact. They mark a change in the way things work and our subsequent behaviour. These events may be the culmination of long prior processes, but when they happen, they are inflection points. The period 2020-21 is such a moment. The outbreak of the pandemic and our responses to it; climate initiatives and the significant consensus nations have reached; the disruption in global value chains and, perhaps, peak globalisation marked by trade disputes and antagonisms; the end of the export-driven-low-cost producer economic model in China; the changing role of the EU and renewed efforts to deepen integration. Each of these events interlocks many nations, and directly or indirectly, will  have a long and permanent impact on the global system. We discuss some of them and defer others for  another time.

The Covid pandemic triggered  a deep global recession, with ramifications that are not yet fully understood. Its impact could be more long lasting for some sectors, like the travel and hospitality industry, than for others, like information and communications. It brought home the fact that global pandemics require global solutions and global cooperation. Our response was quick in vaccine development but took longer for  distribution. Vaccinations have been high in the advanced world but very low in many developing countries. The pandemic may become endemic and 2022 will be the year we learn to live with it without shutting down the economy.

But  the pandemic’s  biggest and most lasting impact has been  in the processes  it  caused to accelerate, specifically the digital transformation. The digital era brings forth different forms of collaboration, of working relations, management modes and economic organisation. Remote work is becoming part of the new norm which provides people with a different set of options, such as,  entering the labour market for the first time where previously distance and hours would deter them; or to exit regular jobs in favour of freelancing and  less hours of work if  desired; and, in the case of knowledge experts, more specialist work is moving from company to industry. The implications  are potentially vast, including labour shortages and the mismatch of skills that result when people change their working habits. These trends are going to continue and will change the way we work and get remunerated, and the way companies organise their operations and control systems.

We avoided depression, which could have occurred had productive capacity been destroyed by even more prolonged lockdowns. So, we were  adapting, and the cost of each successive wave was lessening. But there are lasting consequences. Our policy responses have been vigorous and aggressive. We saved our productive capacity by subsidising job retention and business turnover. We stashed those bills onto our debt piles. Governments paid  hugely  and public debt loads in most instances rose by as much as 20 percentage points of GDP, maybe more. Central banks upped their purchases of bonds, making it possible for governments to fund their deficits and sell their additional debt. Their balance sheets ballooned as a result. Many countries are now more indebted than ever. The predicament therefore for fiscal and monetary policy, has changed. There are more limits to fiscal policy. Not all countries can meet the same challenges with equal ease.

Early to say, but Next Generation EU may be a game changer in European integration. It is a prime initiative with significant political connotations. It is not only an instrument for funding the recovery after the pandemic crisis. It is about the future. The transformation that Europe will be going through, in decades to come, cannot happen without more convergence among its member states. And transformation will require key investments and structural reform. It is sometimes not properly understood what structural reform is  about. It is not necessarily liberal or neoliberal economics. That was in previous occasions of transformation. Not this time. The demarcation  between the public and private sectors is shifting. The role of the state and its relation to the private sector will be altered. There are large infrastructure needs that will be implemented by government initiatives. And the role and operation of institutions will need to adapt. We will need more and better spending and  to make sure it happens that way. Next Generation EU will succeed or fail by the quantity and quality of the investments it will induce, and by the structural reforms it will bring about.

The UN climate change conference, COP26, in Glasgow last November, did not achieve great results, but almost all nations converged on the need for action toward net zero emissions. This may not be achieved by 2050 as desired, but all nations will be taking steps in that direction. The implications will be huge. In Europe, the targets for the green transition require huge investment undertakings that will exceed current levels by a significant margin. Current estimates are that additional required investments will be to the tune of 2 percentage points of GDP annually until 2050. This is a huge economic undertaking and brings up other issues. Debt-ridden member states will have difficulty meeting the challenge. Next Generation EU will not be enough in many instances and alternative programmes will be needed, which underlines two policy debates. First, what fiscal rules to return to in 2023, and second,  whether a permanent fiscal instrument will be needed to help member states meet particular investment targets.

So called global value chains is a familiar subject, which has been re-ignited by the trade disputes between China and the United States and the Covid pandemic. In essence, this is about globalisation, the tendency for long production chains interlocking many nations. Advanced countries gain because they cut costs, and developing nations gain by expanding their economies and income levels. But not all gains are evenly distributed, and trade disputes become inevitable. Globalisation was increasing very rapidly in the 1990s and the 2000s. The global financial crisis of 2008 led to a similar disruption of global value chains. Then, as now, there was talk of peak globalisation. The reshoring of some production activities, such as that for semiconductors, is being in terms of security versus cost efficiency. The US-China rivalry is not unrelated to this. It started with Trump and continues in the Biden administration with important implications, both economic and geopolitical.

After all this, what will 2022 look like? Fiscal and monetary policies will retain their expansionary bias but lessened; economic recovery will remain strong but will slow for a multitude of factors; inflationary pressures will remain high driven by high energy prices and supply chain disruptions; oil prices will remain elevated and may rise a little higher; labour markets will become a little tighter because of skills mismatches and because labour demand will be rising faster than labour supply; central banks will be in taper mode and the Federal Reserve in the US will start hiking its policy rate; the ECB will end its pandemic emergency purchase programme in March and will likely end its asset purchase programme by the end of the year; and Europe will be debating its  fiscal architecture. It will be a busy year. But it will be a prelude to a decade that might be more tumultuous than now foreseen, as a new norm finally emerges.

Ioannis Tirkides is Manager Economic Research at Bank of Cyprus, and President of the Cyprus Economic Society. Views expressed are personal.